One of the worst kept secrets is that the average raise of an employee is very less every year.  An employee continuing in the same company for more than 2 years earns 50% less over the lifetime, than those who quits.  The 50% is a very conservative number assuming that your career might last for just around 10 years.  The difference will be even greater when you work for longer period of time.

The best performers for a company can expect a raise of around 4.5% while an average employee around 3% raise.  Based on the consumer price index published by Bureau of labour statistics, the inflation is currently around 2.1% which means the raise of an employee is around 1%.  On the contrary, the average raise of an employee when he leaves the current employer and joins a new one is between 10% and 20% salary.  There also exists rare cases, an individual might earn a raise of even 50% depending on the person’s industry and technology.

Business freezes the payroll of a company when there is Recession and based on the market trends the salaries of the newly hired is reduced.  Though these reactions to recession are logical, they are meant to remain temporary.  Instead they have become the new “norm” in the marketplace and more importantly we have accepted it as the new “norm”.  The uncertainty created around the recession has become the perfect platform for companies and businesses to shrink payroll and lower the employee’s salary expectation over the course of time.  John Hollon, the former editor of Workforce.com, remembers when “5% was considered an average annual pay increase.”

There are various companies around the world which are desperate for skilled labour and trying to attract top talent for their respective firms.  This only means that we as employees are positioned better than ever to showcase our abilities for increased pay and benefits.

Bethany Devine, a Senior Hiring Manager in Silicon Valley, CA who has worked with firms like Intuit and other Fortune 500 companies explains, “I would often see resumes that only had a few years at each company.  I found that the people who had switched companies usually commanded a higher salary.  The problem with staying at a company forever is you start with a base salary and usually annual raises are based on a percentage of your current salary.  There is often a limit to how high your manager can bump you up since it’s based on a percentage of your current salary.  However, if you move to another company, you start fresh and can usually command a higher base salary to hire you.  Companies competing for talent are often not afraid to pay more when hiring if it means they can hire the best talent. Same thing applies for titles.  Some companies have a limit to how many promotions they allow each year.  Once you are entrenched in a company, it may become more difficult to be promoted as you may be waiting in line behind others who should have been promoted a year ago but were not due to the limit.  However, if you apply to another company, your skills may match the higher title, and that company will hire you with the new title.  I have seen many co-workers who were waiting on a certain title and finally received it the day they left and were hired at a new company.”

Further prominently, when it was scrutinised on employees remaining in the same organization for a longer time, it was felt that some of them were “underpaid” or they did have the potential to earn more than what they were earning.

Point of view against changing jobs

On the other hand, people are worried that “changing jobs too often” will reflect negatively as employers might look at the resume with multiple job switches as negative and might reject an applicant based on that.

It is definitely understandable that everyone is always worried about being unmarketable. But, the most important question here is whether the risk overshadows the rewards.  The question here is more about how long an employee should wait before jumping to meet their career goals and also for a raise in salary.

Brendan Burke, Director at Headwaters, strongly strikes down the “Up-and-Out culture”.  He clarifies that “companies turn over great employees because they’re not organizationally strong enough to support rapid development within their ranks.  In many cases, that is a recipe for discontinuity in service and product offerings as well as disloyalty in the ranks.  As such, we take the opposite approach.  Rather than force folks out after 24 months, we try to retain our junior and mid-level staff and develop them within the ranks.”

Most companies today are not prepared to “rapidly” promote and compensate their top employees for various reasons like office politics, which is an unavoidable evil and is more often than not a major hurdle to rewarding the companies best talents.

According to Andrew Bauer, CEO of Royce Leather, jumping ships can be “stressful”. Employees also needs to think about “quality of life, mental health, physical health and better moral standards.”  A balanced life is as important as Money and the monetary compensation which is only a part of life should not be dictating everything else.  Switching from one company to another is something that everyone needs to weigh at personal level. Companies do spend lot of money in identifying the right talents for their firm and it’s always economical to hire better talents and pay them more.

The conclusion is that, it remains a fact that employees who remain with an organization for a longer period of time are underpaid and it is essential for us to concentrate on things that we can control by aggressively negotiating the opportunities and being unafraid to ask for more.

It is the duty of employers to maximize their profits.  Likewise as an individual and employee, it’s their duty to maximize the profit by considering the various available options around them. 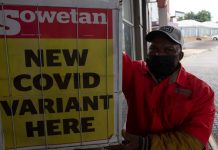 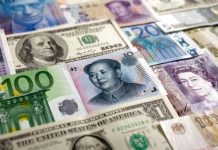