The container that is held inside the frame is usually cylindrical or capsule-shaped and the frame holds it firmly in place to prevent rolling.

Typically, tank containers follow the dimensions of an ISO 20’ intermodal container, and each one is affixed with a valid CSC plate (Convention for Safe Containers).

This is used for filling the container or for access during cleaning.

Filling may also be done through valves present in the container.

Each tank can hold approximately 26,000 litres of liquid in it.

The stainless steel tanks of tanktainers normally have an outer insulative layer.

A temperature gauge to monitor the temperature of the contents of the tank and a pressure relief valve (PRV) to control pressure build-up within the tank, especially when it carries liquid cargo, are standard on a tank container.

For ease of access, the top part of the frame may be in the form of a platform with slots for opening the hatch or other such valves.

Filling and emptying are carried out using special heavy-duty hoses and high-pressure pumps.

Origin of the Tank Container

The tank container is said to have its origin in London. It was developed by an engineer by the name of Bob Fossey in the early 1960s’. In 1967 the first tank container that conformed to ISO standards was developed and put to use. By 1970 it took on its current form and became popular for the transport of bulk liquids.

What are Tanktainers Used For?

Bulk powders, liquids, and gases that cannot be stored inside a standard shipping container are transported in tanktainers. These days, refrigerated as well as heated tank containers are used to transport certain hazardous as well as non-hazardous cargo. Such containers must conform to ISO and IMDG standards.

The tank of a tanktainer is made of stainless steel with a layer or layers of insulation material on its surface. The insulative layer is usually made of polyurethane and aluminium.

Large organizations such as oil, gas, or chemical companies own tanktainers to transport their goods. Tank containers are also available with most major container leasing companies.

One dangerous aspect of transporting liquid cargo in large tanks is the surge caused during sudden movements of the tanktainer. This can cause instability or damage to the container. To minimize the dangerous effects caused by a surge, the general rule is to fill a tanktainer to at least 80% of its capacity but not exceeding 95%. If the volume of liquids being transported is very less, then it should be less than 20% of the tank’s capacity, though this may turn out to be impractical in terms of cost.

Using a baffled tank is one common method to prevent surges. Installations inside the container known as ‘baffles’ prevent dangerous surges. What are baffles? It separates the container into smaller compartments. Baffles have openings on them that regulate the flow of the liquid between the compartments during surges.

ISO has specified the following types of tanktainers for transporting specific types of liquids.

Besides these, an interchangeable tank called the swap body tank has a body that is larger than the standard frame. It is usually 23 to 25 feet long and holds more volume of cargo. Some tanktainers that are used to transport certain acid-based chemicals have rubber-lined insides to prevent reactions between the chemicals and the container.

Though both may sound similar and are used to transport bulk liquids or powders, they are indeed different. While a tanktainer is a sturdy, stainless steel tank with a metal frame around it, the flexitank is made of durable plastic material and placed inside a closed container.

Flexitanks are made to fit inside 20’ ISO dry containers. They are flexible and foldable. Flexitanks are used to transport non-hazardous liquids or powdered cargo in them.

Cleaning of a tanktainer should be undertaken with utmost caution after ensuring that it has a valid cleaning certificate. Only trained staff should be permitted to carry out any cleaning operation of an empty tanktainer.

Before entry into the tank, the air inside should be monitored and confirmed safe for human entry. Most cargo can leave behind noxious or toxic fumes and gases that can often lead to fatal accidents if inhaled.

Besides being cost-effective, tanktainers help to transport liquid cargo in an eco-friendly manner. Currently, about 600,000 tanktainers are estimated to be in global circulation. 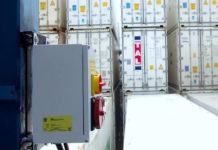 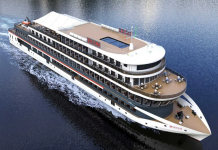 How Safe Are Cruise Ships? Risk Of Accidents And Diseases