Transport Malta has issued safety investigation report occasioned by a serious injury to crew member during the launching of a tender boat.

Thomson Celebration had just arrived and dropped her anchors outside the port limits of Hvar, Croatia with 1236 passengers and 534 crew members on board. Prior to commencing the tender boat services, the crew had to remove the gripes from the boats. Figure 1: The gripe being released by the AB at the time of the accident

The accident happened when one of the ABs was unlashing the gripes on the tender boat no. 15 (Figure 1). As he was removing the forward gripe wire rope, the pelican hook caught his finger as it swung open (Figure 2). Figure 2: Details of the pelican hook

Cause of the injury and release of the pelican hook

The immediate cause of the accident was the tension in the gripe, which was not sufficiently slackened prior to the release of the pelican hook.

The release of the pelican hook is considered to be a simple operation and does not require any particular skill. In fact, the process entails four sequential steps, as depicted in Figures 3-6. The first stage, the slacking of the wire rope (by means of the turnbuckle) is considered to be a critical one for the safe removal of the gripe (Figure 3). Figure 3: Step 1 – The safe release of the gripe necessitates the slackening of the pelican hook Figure 6: Step 4 – Release of the residual tension from the gripe

The opening of the pelican hook was sudden and violent. The severity of the injuries sustained by the AB was suggestive that the gripe had excessive tension stored in it because the turnbuckle on the hook was not released enough to relieve the tension (Figure 3). Consequently, the index finger was caught in the pelican hook lever (Figure 7). Figure 7: A reconstruction of how the index finger may have been injured by the pelican hook

The Company has ensured that safety briefings emphasize the importance of relieving the tension from the gripes before the safety ring on the pelican hook is released. Provisions have also been made to ensure that the safety officer physically checks all the wire ropes before authorising the release of the gripes.

The Risk Assessment document has been amended and ‘Injury during lashing/unlashing’ has been inserted as a newly identified hazard. To address the risk, seven risk control factors were identified:

On the basis of the actions taken by the Company, no recommendations have been made. 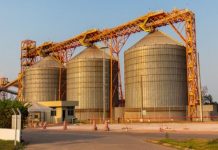 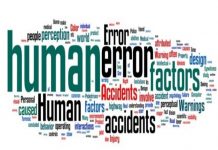 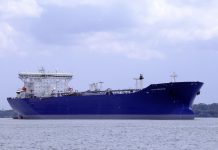