A recently published report in the Marine Accident Investigation Branch reveals an unexpected accident, its outcomes and precautions that should be followed in a detailed manner.  The following sections deals with the detailed study of the accident.  The report highlights how the fall of a suspended load, resulting in injuries to two crewmen on board the general cargo vessel ZEA Servant in Campbeltown, Scotland on March 2019.

At about 2300 on 2 March 2019, two crewmen on board the Hong Kong registered, general cargo vessel ZEA Servant were injured when a suspended load fell and struck them. The suspended load was the lifting gear used to move the vessel’s cargo hold hatch covers, and it fell because it became snagged, resulting in the tension overload failure of a fibre sling that was being used as part of the hoist.

The injuries occurred because both crewmen were standing inside the hazardous area around the suspended load when it fell. They were standing ready to manually guide the load clear of snagging hazards during the lift. The lifting gear had been stowed in the cargo hold ventilation duct space, where it was known to have snagged before. The lifting operation had not been formally risk assessed, and a lifting plan for the work had not been produced. Analysis of the accident

The injuries to the crewmen were a direct result of standing in the hazardous fall zone around a suspended load. The suspended load fell when the fibre sling being used to lift it failed under tension overload. This happened because a shackle at the lower end of the load became snagged. This section of the report will examine the causes and circumstances of the accident including the onboard procedures for safe lifting operations.

One of the most compelling requirements of safety on deck is to avoid working around or under a suspended load. Guidance on lifting operations required that all reasonable measures be taken to ensure that personnel are not endangered by the risk of a suspended load falling. Although the chief officer was supervising the lifting operation and had briefed the safety arrangements, the operation to lift the cargo hold hatch cover lifting gear was not called to a halt when the ABs positioned themselves underneath or close to the suspended load. Any of the crew on deck, including the crane driver, could have stopped the operation, but particularly the chief officer or the bosun, who were in supervisory roles. However, the crew had a collective desire to get the task done; a ‘can do’ attitude. Furthermore, the deck preparations had been delayed by adverse winds and there was pressure to prepare the vessel for the cargo loading.

Although qualified seafarers, the crew had limited experience with this particular vessel, and as there was no procedure to follow they had adopted their own method of carrying out the lifting operation. That the crew had previously experienced similar snags when attempting to lift the cargo hold hatch cover lifting gear should have acted as a warning. Conversely, that they were able to resolve the snags without difficulty might, instead, have inadvertently acted to reinforce their belief that their actions were not unduly hazardous. Previous exposure to risk without consequence in this way can result in a misplaced
sense of a situation being safe when this is not the case.

All lifting operations should be properly risk assessed and planned, and safe systems of work put in place. Lifting plans and safe systems of work should address the foreseeable risks involved in the work and identify all the appropriate resources necessary for safe completion of the task. Factors to consider when developing a lifting plan include: appropriate equipment, suitably qualified personnel, rigging arrangements, lift route, other proximate hazards, visibility, weather and an assessment of the fall zone. The fall zone is not limited to the immediate area directly beneath the load; instead it is the reasonably foreseeable area that partially or completely suspended loads could fall into in the event of an accident.

Solid loads can bounce, roll, topple over or fragment in any direction on impact with the ground. Flexible loads, such as steel wire ropes, will collapse into an area dependent on their stiffness of the wire ropes. Having assessed the hazards and resources, the plan should then set out clearly the actions involved at each step of the operation and identify the responsibilities of those involved.

ZEA Servant’s safety management system did not contain a risk assessment or a procedure for the stowage and handling of the cargo hold hatch cover lifting gear, nor any guidance for the conduct of a lifting plan and the identification of fall zones. Had a fall zone assessment been undertaken, it would have been evident that it was unsafe for the crew to position themselves so close to the suspended load.

The absence of a task-specifc risk assessment and lifting plan for the handling of the hatch cover lifting gear was probably because ZEA Servant was still a new vessel and was being operated under an interim safety management certifcate. ZEA Servant had arrived in Campbeltown for the frst time the day before the accident and this was the initial load of the wind turbine components. Although cargo hold hatch cover operations had been undertaken previously, in this early stage the crew and company were still learning about the vessel’s equipment and developing experience with its operational procedures and
safety management system.

Storage of the lifting gear

ZEA Servant had not been built with a dedicated storage area for the heavy cargo hold hatch cover lifting gear. As a result, the crew had devised a local arrangement to store the lifting gear on top of wooden pallets in the cargo hold ventilation duct space (Figure 2).

This might have appeared appropriate as a suitable storage space because it was accessible; however, it was an area where there was a significant number of potential snagging hazards, especially for lifting slings with shackles at their ends.
It is likely that a formal risk assessment process would have identified the cargo hold ventilation duct space as an unsuitable location for the stowage of the lifting gear, and prompted the crew and/or vessel operator to consider alternative options. It is evident that the storage arrangement was not appropriate, and that a more suitable alternative was required.

Maintenance and logging of lifting gear

The load fell because the synthetic fibre sling used to lift it parted under tension. It was reasonable to use such a fibre sling as its SWL was more than twice the weight of the load being lifted when rigged using a choke hitch. However, the fibre sling in use was in a poor condition, with local damage, soiling (Figure 4) and illegible identification markings. It therefore should have been discarded. Destructive load tests and laboratory analysis showed that its residual strength was almost half its design MBL.

ZEA Servant’s Register of Lifting Appliances and Cargo Handling Gear had no record of the cargo hold hatch cover lifting gear, or the fibre sling used at the time of the accident.
An accurate register recording the survey, testing and maintenance of all lifting equipment held on board is a vital component of a safety management system. Such a record, combined with a suitable system of tagging or marking, can help ensure that certificated or inadequately maintained lifting equipment is easily identified and isolated to prevent its inadvertent use.

In view of the actions taken by ZEA Servant’s manager, no recommendations have been made in this report. 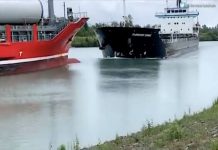 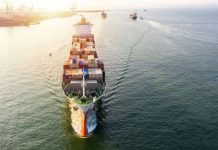 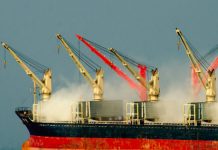