The Norwegian Cruise Line ship – Norwegian Dawn was returning to Boston with 2,675 passengers and 1,062 crew when it ran aground on a reef on Tuesday. The Ship sailed out of Bermuda and was heading towards Boston.

The Vessel lost her power temporarily when leaving Bermuda and thus the main Propulsion was lost. The Vessel drifted without any control and thus hit the sea bed in the channel.

The Vessel experienced a huge shudder where it came to halt abruptly. The passengers came out to the deck and saw a breathtaking view of the reefs through the crystal clear waters.

The Ship’s Crew are currently assessing the situation with regards to the sea worthiness and damages due to grounding. The best part about this incident is that before any Media or the Vessel reported the incident to any shore facility, the passengers tweeted some images and the news about the incident.

More interestingly, the people and the passengers were not worried about the integrity or the safety of the ship. Based on the tweets, it looks like they were more worried about the next cruise destination and time they spend on board. Below are some tweets and comments with regards to the incident.

The Vessel was inspected by DNV GL – Bermuda for its structural integrity and sea worthiness.

Based on the Tweets, the Latest news is that the Ship is structurally safe and seaworthy. The vessel was refloated during the high tide.

Earlier this month, Norwegian Dawn returned to Bermuda prematurely after a passenger took ill and the captain decided to divert the ship.

From the Decks of Norwegian Dawn (ITV News & Twitter): 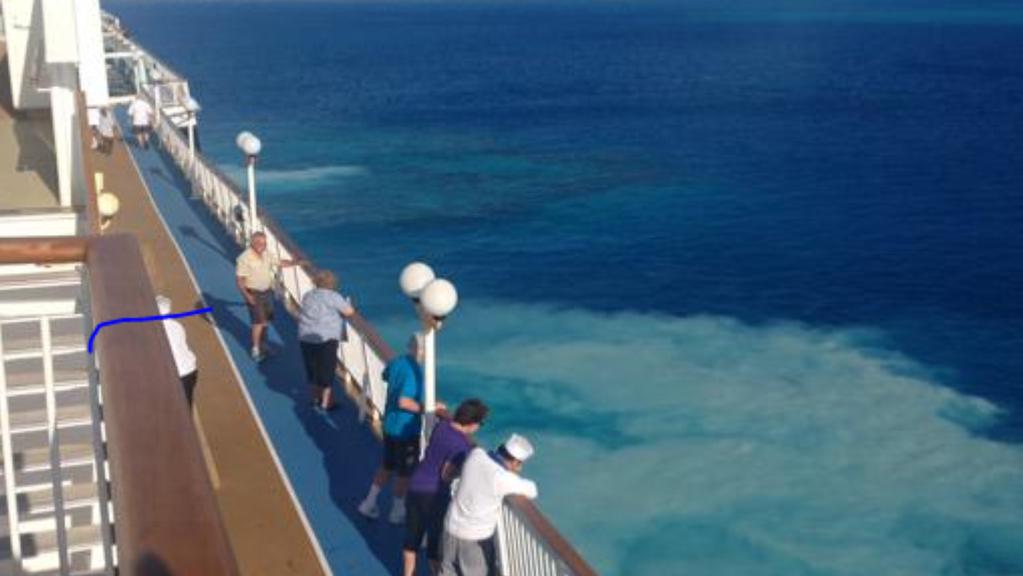 Bell Equipment Gets The 5,555th MTU Engine From Rolls-Royce