A white column of lace or a dramatic froth of translucent charmeuse, a sleeve of a russet red gown, trimmed with mink and gold-embroidered, the skirt heavy with heirloom jewels.

While this seems like a shocking pick in 2018, prior to the 20th century this would have been the norm for wealthy European brides.

Pristine, white, fairy-tale wedding dresses, to be worn once and then tucked away, weren’t the standard until relatively recently. Before then, colored dresses were the norm for brides of all classes, reports Edition CNN

It wasn’t until Queen Victoria debuted a white silk-spun gown at her wedding to Prince Albert in 1840 that the look really took root. Side-stepping the usual fur, gold embroidery, and rich colors that were the norm among the aristocracy at the time, Victoria stepped out of her carriage wearing a simple white dress accented with Honiton lace, and traded her crown for a wreath of orange blossoms and myrtle.

Royal weddings were more about wealth and political contracts than love, so families typically took the opportunity to express their affluence through their brides: Margaret of York’s wedding dress from 1468 was reportedly so heavy with heirloom jewels that she had to be carried into the church; Princess Charlotte, in 1816, wore a silver lamé gown embroidered with shells and flowers, which was said to have cost £10,000 (the equivalent of about $1.3 million, adjusting for inflation). By showing up in a simple white dress, it seemed that Victoria was throwing a frugal affair.

That was partly the point. A young Lady Regent at 20, Queen Victoria wanted to show good sense and prudence on her wedding to show her people that she would run their country much in the same way.

Queen Victoria chose to wear a dress trimmed with handmade Honiton lace from the small village of Beer, to support the declining lace trade and give the industry a boon. she reasoned that White was the best way to show off the lace makers’ artistry.

That’s not to say that her marriage to Prince Albert was purely a show of duty: there were just as many romantic elements involved. Part of the reason Queen Victoria eschewed the heirloom jewels, heavy fabrics and rich colors was that she didn’t want to make her vows to her husband as a monarch, but rather as the woman he loved.

However, the white dress didn’t initially catch on because it symbolized an unsullied heart. It caught on because it looked like money. At the time, most women exchanged vows in dresses they already owned, and there was only one group of people who could afford to own anything white: the leisure class. There weren’t dry cleaners and laundromats around in the late 19th-century, so it took money to maintain a white outfit.

Not a choice for working class women

Buying a white dress was seen as extremely impractical, especially when one considered the festivities of a wedding. Between the drinking, the dancing, and the scooping of desserts, chances were the frock would be ruined and only be worn once.

In 1873, Mary Sheehan Ronan, a 20-year old American bride, wrote in her journal: “I had dreams of a white dress with a train, a bridal veil, and wreath of orange blossoms, but when the time actually came I considered conventional things inharmonious with the simplicity and unconventionality of our way of living.” Instead, she wore a pearl gray dress, one of the two she and her stepmother had recently made.

But that was the norm for brides who didn’t come from money. In 1911, when a newly engaged woman wrote into Washington’s Tacoma Times newspaper seeking a recommendation for a “plain wedding dress,” the columnist recommended buying a frock in white wool, which could easily be dyed for another occasion. But, she asked, “Why not be married in your traveling suit?” Perhaps it seemed a touch too extravagant to buy a new dress for the occasion.

It took until after World War II for the middle-class to begin copying the look of the wealthy, thanks to the boon in prosperity after the war. With rations gone, it became a novel idea to buy a dress just to celebrate in for a day, and when Hollywood began marching brides in white across theater screens, the quaint, chapel-like look became part of the tradition.

Even today, many different cultures wear different colors. In China and India, for example, red dresses are worn as a symbol of good luck and success. Traditional Nigerian brides veer towards brightly colored, elaborately accessorized dresses, and wedding dresses in Ghana vary from couple to couple, with each family uses its own intricate cloth pattern. Traditional Hungarian dresses are white with colorful floral patterns embroidered down their lengths, and Malaysian gowns usually come in purple or violet.

Sartorially, Meghan Markle has proven herself an nontraditional future-royal, wearing her hair in messy buns (Kate Middleton prefers hair nets), and choosing cross-body bags over dainty clutches so her arms free to hug and shake hands. And although she will almost certainly keep with tradition and don a white dress on wedding day, she will walk down the aisle representing the same refreshing and unexpected spirit the white dress embodied when Queen Victoria first popularized it 178 years ago.

She’s a woman that knows her own mind, and isn’t afraid to side-step protocol to start her own traditions. And history will remember her for it. 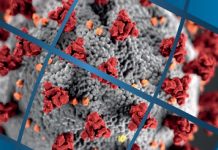 COVID19 Autopsies Reveal the Extent of Damage in the Organs 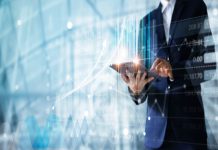 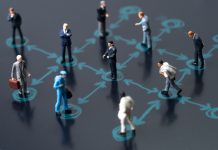 Mfame Team - January 18, 2016
0
The tugboat Ocean Wind was sunken by the Escambia County’s Marine Resources Division to serve as the county's newest artificial reef.  The tugboat...
Powered by Pojo Software Pvt.Ltd
This website uses cookies to improve your experience. We'll assume you're ok with this, but you can opt-out if you wish.Accept Read More
Privacy & Cookies Policy
Necessary Always Enabled