On March 12, 2016, the uninspected towing vessel “Specialist”, transiting southbound on the Hudson River while towing a tower crane barge with two other tugboats, struck a construction barge that was spudded down alongside a concrete pier at the new Tappan Zee Bridge construction site. The Specialist subsequently sank, resulting in three crew fatalities. The Specialist was raised to the surface on March 24, 2016, and declared a constructive total loss. NTSB determines that the probable cause of the collision and sinking of the Specialist was inadequate manning, resulting in fatigued crewmembers navigating three tugboats with obstructed visibility due to the size of the crane on the barge they were towing and the location of the tugboats alongside the barge. The most recent Coast Guard examination of the Specialist, which took place about 2 years before the accident (April 2, 2014; Uninspected Towing Vessel Examination), noted 18 deficiencies, including: 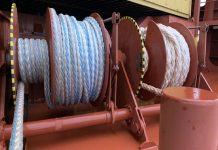 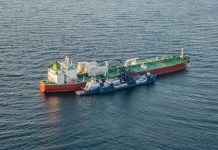 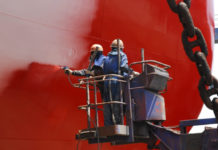