Tankers and cargo ships are currently jammed in front of the European ports of Rotterdam and Antwerp, as shown in this infographic based on a snapshot from FleetMon, an online tracking portal for ships. Further north off the mouth of the Elbe, a number of cargo ships are also moored and waiting to be allowed to enter the port. This map illustrates how the global economy is once again suffering from delays in container shipping, reports Satatista.

According to the “Kiel Trade Indicator” compiled by the Kiel Institute for the World Economy (IfW), almost two percent of global cargo capacity is currently stuck in the North Sea off the ports of Germany, Holland and Belgium. According to the IfW, the affected ships can neither be loaded nor unloaded.

“In the German Bight, about a dozen large container ships with a total capacity of about 150,000 standard containers are waiting to dock in Hamburg or Bremerhaven. The situation is even more dramatic off the ports of Rotterdam and Antwerp,” the IfW reported.

Freight and container ships have also been jammed for weeks off the port of Shanghai and the neighboring province of Zheijang, as this Statista infographic shows. The reason for the traffic jam was the stringent lockdown imposed on the city by the Chinese government. This also affected port employees, which is the reason why the world’s largest port currently has to make do with significantly fewer staff. Following the relaxation of these measures, things are now looking up again with exports increasing significantly in May.

Fleetmon uses Automatic Identification Systems (AIS) signals from ships to display traffic volumes. These are used in shipping to exchange navigational data via radio. Every ship over 20m has to transmit an AIS signal. It transmits, among other things, call sign, vessel type, GPS position, dimensions and similar data. 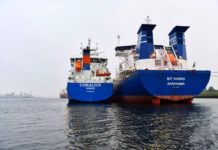 Europe on Brick Of Gas Crisis 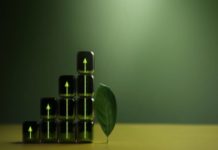 [Infographic] Shipping Industry is on the Right Track for Embracing ESG 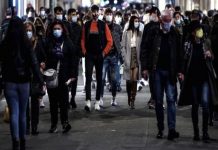