‘Pariah’ cruise ship that was stranded at sea has been allowed to dock in Cambodia, reports BBC.

Got to dock after 5 rejections!

The cruise ship that was stranded at sea, because ports were worried about passengers bringing coronavirus, has been allowed to dock in Cambodia.

The MS Westerdam had been turned away by five places in Asia in recent days.

A cruise ship quarantined in Japan has more than 200 infections but the Westerdam, with more than 2,000 crew and passengers, has none.

A passenger Angela Jones from the US told Reuters, “This morning, just seeing land was such a breathtaking moment. I thought: is this real?”

Out of muesli in the #Westerdam buffet yet somehow passengers remain upbeat. We’re still offshore. Cambodian officials onboard now collecting passports to issue visas for the passengers who have already been assigned tickets out of Phnom Penh.

So many near moments!

The Westerdam, run by the US-based Holland America Line, departed Hong Kong on 1 February with 1,455 passengers and 802 crew on board on a two week cruise.

The ship was turned away by Thailand, Taiwan, Guam, the Philippines, and Japan.

Ms Jones said, “We’ve had so many near moments – we thought we were going home only to be turned away.”

On board health checks

The ship’s captain Vincent Smit said the ship would anchor outside Sihanoukville to allow authorities to conduct health checks on board.

Passengers will then be able to leave the ship and return to their home countries from the country’s capital Phnom Penh.

The US embassy in Cambodia said it had sent a team to assist its citizens with planning their journey.

Some passengers have already been issued tickets home, according to Christina Kerby, one of the guests on the ship.

The passengers on board the liner, celebrated Wednesday night after hearing their struggle at sea would soon be over, Kerby said.

Kerby said, “The mood is good. We are all ready to go home.”

According to a report by local media Fresh News, Cambodia’s Prime Minister Hun Sen said the virus is a global challenge and his nation’s humanitarian efforts have no borders.

The Kingdom of Cambodia doesn’t just cooperate with China, but with all countries, he told the outlet.

Thailand was the latest country to turn the Westerdam away even after the operator said it had no reason to believe there were any cases of the deadly virus on board.

Read more: The Coronavirus Stranded Ship Gets A Port Call

Praising word from WHO

Cambodia’s decision to welcome the MS Westerdam was praised by the chief of the World Health Organization (WHO).

Director-General Tedros Ghebreyesus said it was “an example of the international solidarity we have consistently been calling for.”

The ship in Japan, quarantined in the port of Yokohama, currently has more than 200 confirmed cases – making the Diamond Princess the largest coronavirus cluster outside China.

Not all passengers have been tested, and the number of cases may continue to rise. Another 44 were added to the list on Thursday. 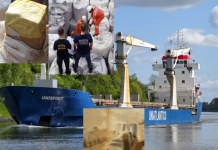 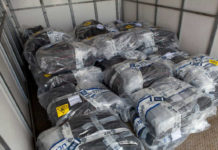