The tradition of appointing a ship’s godmother is a fundamental nautical custom during which the selected godmother officiates a ceremonial breaking of a champagne bottle on the ship’s bow to bid the vessel and its travelers good fortune.

Ceremonies to launch new ships originated in ancient times when blood rites were performed by pagan priests. In the modern era, human sacrifices were thankfully replaced by royal pomp and ceremony, and fresh blood was replaced by champagne.

Currently, the highest ranking royal to be chosen as a ship godmother is Queen Elizabeth II of the United Kingdom who has had the honor of christening two grand Cunard ships — the Queen Mary 2 in 2004 and Queen Elizabeth in 2010 – as well as serving as godmother of Britannia from the P&O fleet.

Things have certainly changed with celebrities and accomplished businesswomen (including powerful travel agency CEOs) commonly replacing heads of state as ship godmothers. But in the past decade, star quality has soared again with the savviest large ship cruise lines. Here’s a look at the latest megaships honored to have champagne bottles smashed across their hulls by the five biggest superstars to ever serve as cruise ship godmothers.

There are bound to be fireworks (as well as volcanic flares) in Iceland this month when multi-platinum hitmaker Katy Perry performs at the christening ceremony of Norwegian Cruise Line’s new Prima, the first ship ever to be christened in the far north capital city of Reykjavik.

As godmother, the pop icon and “American Idol” judge will not only have the honor of performing for the grand launch celebration, but she will also sail on Norwegian Prima’s official maiden voyage and perform on board for a lucky audience of 3,000 fellow guests. 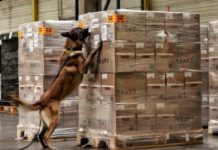 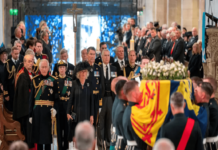