The price of a Super Bowl commercial in 2022 hit a new peak as multiple companies paid $7 million for a 30-second spot, reports Fox.

The Super Bowl regularly ranks as the most-watched event in the United States year-to-year, which means the channel hosting the contest gets to charge a premium for advertising.

And if this year’s host was worried that businesses still suffered lingering effects from pandemic lockdowns and a shrinking economy, those worries have evaporated: NBC sold out all of its Super Bowl ad spots across all platforms – NBC, Telemundo and digital platforms including Peacock. Only a handful of pre-game slots remain open, the company announced in a press release Thursday.

The blockbuster price is a first, marking a significant jump in price following a few years of stagnation at around $5.5 million. NBC did not specify the average price, but noted it was a new average with “multiple” ads hitting the new peak.

And the price isn’t the only Super Bowl first this year: Frank’s RedHot will try to distinguish itself from the pack with an “edible” NFT, and DiGiorno launched a free pizza contest based on the score of the championship game.

This year will also see Guy Fieri in his first-ever Super Bowl ad as he teams with Bud Light Seltzer to promote its Hard Soda line.

The price of a Super Bowl ad has always attracted attention for the outsized cost: the average cost of a 30-second ad on national TV during primetime averages $115,000 – a number the Super Bowl surpassed in the 1970s, according to Nielsen Media Research.

The automobile and food and beverage industries make up the bulk of spending. A FOX Business analysis in 2020 marked out Honda, FedEx, Miller, Dodge, Toyota, Ford, McDonald’s, Coca-Cola, Pepsi and Budweiser as the companies that have spent the most over the years, with Budweiser spending $449.5 million on 135 ads across 53 Super Bowls.

The increasing rates since 1995

The Super Bowl crossed the landmark $1 million mark in 1995, climbing to $2 million in the new millennium. The price steadily rose over the following decade, reaching 2.95 million in 2010.

The price skyrocketed after that, climbing to $5 million by 2017 before appearing to hit a limit as the cost leveled off, rising only another $300,000 over the next three years. The cost had still almost doubled in a decade. 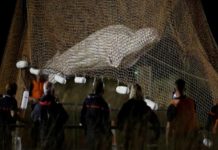 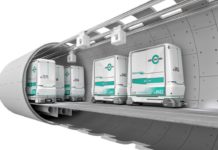