An interesting phenomenon of a volcano forming giant bubbles near Bogoslof Island has been keeping the world engaged in a debate recently, writes geologist David Bressan in his Forbes article.

A Frightening Tale or a Reality?

The stories seemed just tall tales of the sea, told by experienced marines to frighten fresh naval recruits. Sailors reported strange events happening around Bogoslof Island in the Aleutian Archipelago, a chain of 14 large volcanic islands and 55 smaller ones located in the Bering Sea.

According to eyewitness testimony, shortly before the eruption of the active volcano, the sea rose, forming a large, dark dome of water.

From fiction to fact

Research published in the journal Nature Geoscience may help to bring this story from fiction to scientifc fact.

Approaching an active volcano with a ship is extremely dangerous, as steam eruptions or a tsunami can happen at any moment. Using underwater microphones, the researchers were able to monitor the volcano from a safe distance.

In nine months, the researchers recorded more than 70 submarine eruptions. Every eruption was preceded by a rumbling sound, followed by an underwater explosion. According to computer simulations, the rumbling could be the result of large bubbles, forming and collapsing underwater.

Why Ships Are Disappearing?

Such large bubbles may explain the sudden disappearances of ships at sea. In September 1952, the Kaiyo-Maru-5 was sent to the Japanese Devil’s sea for investigating unexplained ship losses, but this ship vanished as well. Some authors record this incident as another unexplained, maybe even supernatural, disappearance. However, the research vessel was studying the Myojin-sho, a submarine volcano located on the Izu-Ogasawara Ridge extending from the bay of Tokyo south into the Japanese Sea. It is likely that the ship was destroyed by the volcano, with the loss of its crew of 31, including the nine scientists studying the eruption. 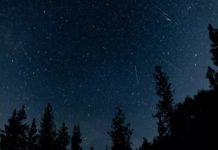 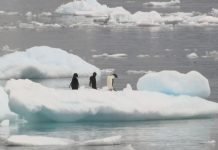