As researchers scrambled this week to learn more about Omicron, the latest SARS-CoV-2 coronavirus variant of concern, world leaders met to negotiate a way of ensuring that a crisis on the scale of the COVID-19 pandemic won’t happen again, reports Nature.

Initially on the table was a legally binding pandemic treaty that would dictate how nations should respond to future outbreaks. A fuzzier form of that proposal is now moving forward, to be sharpened in the months and years to come.

“Omicron demonstrates just why the world needs a new accord on pandemics,” said Tedros Adhanom Ghebreyesus, director-general of the World Health Organization (WHO), at the start of the special session of the World Health Assembly, which was held from 29 November to 1 December in Geneva, Switzerland.

International accords typically take years to become reality, and the process for this one is expected to continue until at least 2024.

“The failures have been colossal and systemic — we are living in a broken world,” says Stephen Morrison, director of global health policy at the Center for Strategic and International Studies in Washington DC. “What better a time to try to get something going that addresses the fundamental problems?”

What was the outcome of the meeting?

After considering a wide range of recommendations for improving the global pandemic response, attendees from the WHO’s member states decided to take several actions.

One is to strengthen the WHO’s International Health Regulations (IHRs) — a set of international laws designed to slow the spread of a disease. One change that could be discussed next year is granting the WHO the ability to declare a pandemic (currently, it can only declare a ‘public health emergency of international concern’ — a move that didn’t elicit a strong global response for COVID-19).

But the biggest decision made by the assembly is to collectively develop an accord, agreement or other ‘instrument’ to govern the global pandemic response, including ensuring the equitable distribution of diagnostic tests, drugs and vaccines. A measure in addition to the IHRs is helpful, experts say, because those regulations do not oversee vaccines or other means of fighting pathogens.

What are the chances that an accord could still hold countries to account?

Many presidents and prime ministers ignored WHO recommendations regarding the COVID-19 pandemic and have not been held accountable for their actions, according to several analyses.

For this reason, the European Council and Tedros, along with representatives of a number of countries, have expressed their strong support for a legally binding pandemic treaty.

But putting it — or another measure that holds countries accountable — in place would require adoption by two-thirds of the WHO’s 194 member states. Countries that are particularly defensive about their sovereignty, including the United States and China, often oppose treaties.

Indeed, backing off of the more rigid terminology of a treaty seems to have drastically increased the number of countries willing to consider the proposal, with all 194 member states reaching a final consensus to move forward. In a statement , the head of the US Department of Health and Human Services, Xavier Becerra, said the United States wished to help shape a “new international instrument”.

Wealthy countries are often eager to require nations to collect and openly report data, such as information on cases and genomic sequences from pathogens, she says.

The European Council’s Michel has said that a treaty would be a prime way to ensure the equitable distribution of vaccines and other medical countermeasures, such as protective equipment and diagnostic tests.

Some researchers are scratching their heads about how a treaty, agreement or accord will accomplish this goal, in part because of the European Union’s opposition to waiving intellectual-property rights for COVID-19 vaccines — a proposal made by South Africa and India that has stalled because of a lack of consensus.

One way to coax wealthy countries to share goods might be to link the action with sharing data, says Suerie Moon, a global health researcher at the Graduate Institute of International and Development Studies in Geneva.

When might the WHO adopt an accord or other instrument?

Revisions to the IHRs will probably be debated at the World Health Assembly meeting next May, and amendments might even be adopted by the end of next year. But a pandemic accord or other such tool will take at least another three years.

At the end of the special session today, the WHO announced that an international group of health officials will now start hashing out the details. By 1 August 2022, this group will have a draft of its proposal, including a term to describe what precisely the pact will be.

Health officials will then negotiate the terms for another year, and present the instrument for adoption at the World Health Assembly in May 2024. Countries that are unlikely to ratify a treaty, such as the United States, might still abide by it — if a treaty is the outcome, Phelan says.

Like many onlookers, she hopes that the complexity of the issues and the plodding nature of the process do not stall action. “As someone looking at the future and dying to make a change, this has to be a pivotal moment,” she notes. 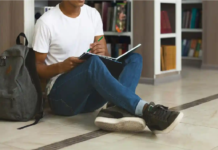