A $300 million lawsuit has been filed with the United States District Court for the Southern District of New York against four former directors of Aegean Marine Petroleum Network Inc., reports Safety4sea.

According to the lawsuit the defendants breached their duties and let Dimitris Melissanidis enrich himself and his family at the company’s expense.

US court documents detail the extent of the alleged financial misappropriation of Aegean Marine’s cash and assets with the knowledge its former officers which contributed to the company filing for bankruptcy in November last year.

The action, filed in the US District Court, Southern District of New York, on 11 September, has been brought by Peter Kravitz, a trustee of the Aegean Litigation Trust.

The creation of the trust formed part of the Joint Plan of Reorganisation of Aegean Marine which received a court confirmation order in April this year. The recovery of the alleged misappropriated $300 million falls within the remit of the Trust.

As previously reported, in early November 2018 it was revealed that over a dozen Aegean employees, including senior management, were said to have been involved in an extensive scheme to defraud the company which dated back to at least 2010.

Earlier that year, in June, Aegean’s Audit Committee had also disclosed that accounts receivable due from four, unnamed counterparties may have been ‘without economic substance and improperly accounted for.’

The court documents filed last week highlight the extent of Dimitris Melisanidis’s involvement in a number of allegedly fraudulent schemes and also detail the influence he is said to have exerted over several company employees.

The court papers assert that: ‘Defendants knowingly abdicated… duties, leaving [Melisanidis] free to defraud Aegean and manipulate its finances without any monitoring, oversight or scrutiny.‘

‘In bad faith dereliction and breach of their duties, Defendents turned their heads as Melisanidis essentially had his way with the Company and rendered it hopelessly insolvent.’

The first of the alleged fraudulent schemes was a ‘sham consulting contract’ between Aegean and one of its entities, OilTank Engineering and Consulting Ltd. Under this agreement,

OilTank was supposed to provide consulting services to Aegean in connection with the construction of an oil storage facility in Fujairah.

The court documents state that the newly-formed OilTank ‘had no ability to provide any engineering, construction or related services’. Its sole director and major shareholder, Anastasios Tyros, was also an employee of Aegean.

Aegean is said to have paid OilTank amounts totalling $68 million-$126 million but received ‘nothing of value in return’.

Melisanidis is said to have transferred around $186 million between Aegean and OilTank or other companies he controlled after the completion of the construction contract.

Furthermore, in order to cover up his actions, he is said to have engineered a ‘massive accounting fraud’ under which Aegean accumulated $200 million in fake accounts receivable between 2015 and 2017 from sham entities affiliated with his associates.

Contracts were entered into with four shell entities – all affiliated with known associates of Melisandis.

Through its subsidiary, Aegean Marine Petroleum SA, Aegean entered into around 40 contracts with the shell entities that, on the face of it, indicated that that Aegean and the entities would exchange more that 8.05 million metric tonnes of fuel oil for $2.07 billion.

Under the terms of these contracts, the shell entities were to sell Aegean ‘off-spec’ fuel oil, which Aegean would then blend and sell back to the entities at a higher price. By feigning these transactions, Aegean was able to amass almost $200 million.

Shares not paid for

In another attempt to mask his actions, Melisanidis also purported to sell his 22% stake in Aegean for some $100 million, but Aegean never paid for the shares.

The court documents state that: ‘Much like the Fake Trade Receivables Scheme, Melisanidis designed the share repurchase as an accounting gimmick to further conceal his pillaging of the company, knowing his Aegean stock was worthless as a result of his own schemes.’

The other defendants are said to have had knowledge of all these irregularities but did nothing to stop Melisanidis.

The appointment of three independent board members to Aegean drawn from a group of activist investors was the catalyst for the discovery of the financial malpractice at the heart of the company.

Following the completion of the 2018 Audit Committee investigation, Aegean reported the alleged misappropriation over $300 million from the company.

The court papers also show that without the ‘reporting’ of Aegean’s business with the shell entities, the company would have posted significant losses each year from 2015 to 2017. 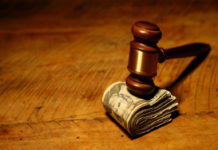 Mfame Team - November 16, 2015
0
https://www.youtube.com/watch?v=8YgwocSX5ds&feature=youtu.be On 13th November 2015, around noon, the 18,270 TEU Maersk Mc-Kinney Moller arrived among the gale force winds.  The winds were blowing at a...
Powered by Pojo Software Pvt.Ltd
This website uses cookies to improve your experience. We'll assume you're ok with this, but you can opt-out if you wish.Accept Read More
Privacy & Cookies Policy
Necessary Always Enabled