Could rooftop wind give rooftop solar a run for its money? reports Electrek.

Aeromine Technologies claims that its new rooftop bladeless wind energy unit delivers the same amount of power as up to 16 solar panels.

According to Aeromine, the motionless system, which was assessed through a combined study with Sandia National Laboratories in Albuquerque and Texas Tech University, effortlessly installs on the edge of a building and generates up to 50% more energy at the same cost as rooftop solar.

It is designed to fit on buildings with flat roofs such as storage and distribution centers, manufacturing installations, office buildings, and multi-family residential developments.

The corporation explains its patented rooftop wind creation is presently being guided by BASF Corporation at BASF’s manufacturing plant in Wyandotte, Michigan.

Workings of the energy unit

Aeromine elucidates the working of its rooftop bladeless wind energy unit: The technology leverages aerodynamics identical to airfoils on a race car to apprehend and amplify each building’s airflow. It requires just 10% of the roof space needed by solar panels, and the Aeromine unit produces energy in any weather.

The systems consist of 20-40 units installed on the edge of a building facing the predominant wind direction. Constructed to work seamlessly with a building’s prevailing electrical system, the variety of Aeromine’s wind solution with rooftop solar can generate up to 100% of a building’s onsite energy needs while minimizing the need for energy storage. It can also be paired with existing solar.

The first thing I do when I come across innovations like this is look to see if there’s any commercial interest. If BASF is piloting this product, then that signals potential.

Aeromine Technologies’ rooftop wind unit is one I’ll be keeping an eye on. If it turns out to be a success, it could be scaled up and installed quickly on commercial buildings. The built environment generates nearly 50% of annual global CO2 emissions, according to Architecture 2030, so this solution is desperately needed.

The one thing that stuck in my craw about this company is its marketing pitch. To pump itself up, it talks about how its unit doesn’t kill birds in its press release, talks down other clean energy generators on its website, and CEO David Asarnow says that his company’s product mitigates “legacy constraints posed by spinning wind turbines and less efficient solar panels.”

Mr. Asarnow, it’s neither necessary nor wise to use climate-denier language to promote your product, which your company says is limited to commercial buildings anyway. It’s not like you’re going to float this on the sea or put it on household rooftops, so you’re not competing with offshore wind or utility-scale solar. Don’t feed the trolls. We need every clean energy tool we can get to reduce emissions. 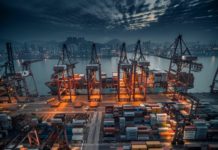 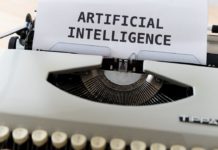