In the era of automation and digital transformation, the shipping industry is undergoing dramatic changes to increase efficiency and safety at the port and on the high seas.

From small boats to massive container ships, these seafaring vessels are integral components of the global economy.

Ships transport approximately 90% of all worldwide commerce, according to the United Nations.

“They have guys out with ropes and they measure the length of the ship or the width of the ship and then they decide which dock it’s going to go into,” Kyle Connor, Global Transportation Principal at Cisco, said.

However, as conditions change so too does the margin for error.

In shallow water, the tidal environment will play a major role in scheduling, especially for larger vessels.

Buoys equipped with a suite of sensors can monitor tidal changes, water temperature, and more. All of these metrics can help provide a clearer understanding of real-time conditions.

“I don’t have to wait for two-thirds of the tide or one-third of the tide or an approximate guess. I can say, I know exactly how much your drag is. You’ve told me that ahead of time. I know exactly what the environment of my water is because I’m actively monitoring that and now I can align those two digital twins; the Port Authority and the shipping vessel, to connect quicker,” Connor said.

Once these various sensors, ships, and port systems are interconnected, artificial intelligence systems can then optimize maritime scheduling as conditions change.

By monitoring the structure and the meteorological environment at the port, officials can adjust the docking and crane operations to increase safety.

“The ability to collect that data wasn’t as readily available. They still had it in the vehicle, but some mechanic had to go out there and go look at the diagnostics bus. Now it’s all being brought in real time,” Connor said.

Cranes can be equipped with cameras, an anemometer, and other sensors to monitor the torque of the structure during operation. Machine learning can then analyze this data to monitor trends and predict failures before they happen.

In the past, crane operators were tasked with often grueling conditions and slim margins for error, Connor explained.

“There used to be a person who crawled up a long ladder and sat in a cockpit and looked at cameras and controlled the crane for four to five hours. The fatigue is outrageous. They’re constantly fighting wind pressures. You’re looking at several monitors and you’re staring down 10 or 12 stories of glass, right? The fatigue on your brain and your visual cortex is outrageous.”

“Those same operators are now doing it remotely in an air-conditioned environment and can take 10 minute breaks and walk to the cooler and call their wife or whatever the case might be. So the fatigue is going down just through automating those functions and remotely operating them,” Connor said. AI seafarers and the future of shipping

Depending on the sophistication of the vessel, autonomous ships function in either a manned or unmanned capacity.

A fully autonomous ship leverages a vast suite of sensors including GPS, cameras, radar, in some instances, LIDAR, and more for operations, according to Oskar Levander, SVP of concepts and innovations at Kongsberg Maritime.

“Depending on which study you believe it’s somewhere between 75 or 95% of all Marine accidents are caused by human error and a lot of these errors that the people do is due to the fact that they are fatigued. They are tired. They are not concentrating and that is where automation is really strong and can help,” said Levander.

Navigating the high seas without seafarers is one challenge, however, a fully autonomous ship also needs additional onboard sensors to monitor the systems.

One way to avoid failure onboard is to build out redundancy; creating backup systems for each system in the event of a malfunction. To test current capabilities and vulnerabilities to cyberattacks, Kongsberg has brought in “ethical hackers” to attempt to penetrate these systems, according to Levander.

“It’s a risk more than reality right this minute. GPS are pretty hard to spoof. The military has done a pretty good job about that and, right now, most of the autonomous controls are following GPS. They’re also talking on multiple communications satellites,” Connor said. “So it’s pretty hard to get in, but everyone recognizes [that] the more we rely on it, the more it will become an attack point. Just like anything else.” “We’re not pushing back on automation. We’ve had automation in the maritime industry since the sails left the vessels back in the early 1900s. We embrace automation,” said David Heindel, secretary-treasurer of the Seafarers International Union (SIU).

For the time being, Heindel doesn’t believe the technology to fully replace an experienced seafarer is there.

Autonomous shipping in its current form and its threat to the future of human seafaring is more of a possibility rather than a real occupational threat at the moment, according to Heindel.

“The days of being a seafarer and just being able to tie knots and lift the sail and do those menial tasks that were required years ago is completely changed,” Heindel said.

However, Heindel leaves the door open to the possibility of AI one day surpassing the capabilities and instincts of even a seasoned seafarer.

For the time being, Heindel sees seafarer recruiting, training, and onboarding as imperatives components of ensuring the occupational future of human seafarers. Automation has led to reduced human labor in some instances.

Approximately 1.7 million manufacturing positions have been replaced by robotic automation since 2000, according to a recent Oxford Economics report.

In other occurrences, automation has created new jobs for humans.

“If I was a seafarer, I would not be concerned that I would lose my job, but on the contrary, I would see it as a good opportunity to actually be able to do my job from land and from shore and have a normal family life while still being able to navigate and control ships,” Levander said.

Whether it’s pneumatic valves reducing laborious tasks onboard or remotely overseeing an autonomous vessel half a world away.

Some would argue that automation is actually increasing the well-being of seafarers in the interim. 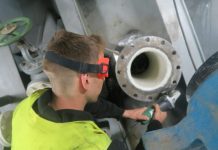 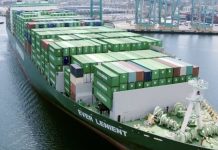 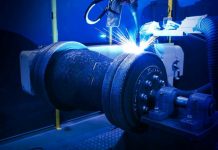