Arklow Arrow takes to the waters during launching of the new 8,500dwt bulker that took place on 18th of December, reports Afloat.

A new bulk oriented general cargoship for Arklow Shipping took to the water for the first time yesterday as the fifth of six ships was launched by shipbuilder Ferus Smit, writes Jehan Ashmore.

The 8,543dwt newbuild (NB.441) bulker was christened in The Netherlands as Arklow Arrow and launched onto the Ems Canal, however due to Covid-19 restrictions the inland shipyard was not open to public.

Ferus Smit is a German shipbuilder that has a second yard located in Westerbroek from where the Arklow A- series ‘Arrow’ became the first ship to use this name in the ASL fleet.

Arklow Arrow’s design is a slightly modified version of the first series of 8,600dwt bulkers of the Arklow B-series also completed by Ferus Smit.

The new design also has an adapted ice class 1A along with a modified bow form and propulsion with a propeller nozzle added. As for the main engine, output has been decreased to 2000kW so to enbable better fuel efficiency.

Following sea trials that will take place in the North Sea, see Arklow Archer’ canal transit (following launch in June) the Arrow will join the other A-series ships; Ace, Accord and Abbey which was delivered last year as the leadship.

Likewise of this series the new cargoship is registered at its shipowners Co. Wicklow homeport and will fly the Irish tricolor.

Total hold capacity is 350.000cft and this will see Arklow Arrow be mainly employed in the shipment of corn, wheat and other bulk commodities in European waters. 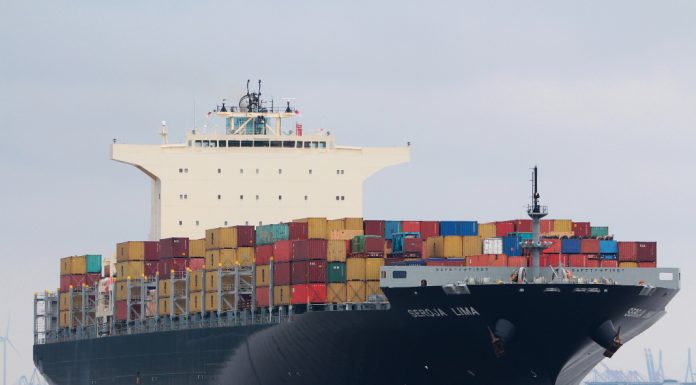 Wärtsilä Boss Determined To Focus on Sustainable Energy and Practices