Ahead of the S&P Global Platts Asia Pacific Petroleum Conference (APPEC 2019), Insight presents a series of articles exploring aspects of the global trade in crude oil and refined products, says an article published on their website.

The refining industry is on the brink of a major shift in the demand structure of bunker fuels, and refiners are making plans to meet changing product demand brought about by the IMO 2020 deadline.

The initial effect will be to create a huge disposition issue for some 3 million barrels per day (b/d) of high sulfur fuel oil (HSFO), globally. That volume will need be replaced by low sulfur fuel oil (LSFO), marine gasoil (MGO) and various low sulfur blends of gasoil and residuals, with some volumes absorbed by the power sector with the expected drop of HSFO prices.

In order to make those changes, relatively expensive steps are required throughout the refining industry to rebalance products. S&P Global Platts Analytics forecasts that the spec change will have a widespread effect on price spreads of refined products in 2020.

For middle distillates, cracks are forecast to surge. HSFO cracks are expected to fall and HSFO absolute prices may drop to low levels towards the end of 2019, incentivizing increased use in power generation.

How Asia Is Benefiting?

Despite all these challenges, Asia is set to benefit from IMO 2020 more than other regions due to its surplus of gasoil and its relatively high complexity of refineries. Asian refiners have continued to upgrade, allowing them to achieve greater yields of valuable lighter products and strip out sulfur. This will set them on a better footing to adjust for IMO 2020. China and India are well-placed to take advantage of the bunker spec change with their high ratios of coking and hydrocracking versus crude distillation capacities. Japan is a major LSFO producing and consuming country in Asia while South Korea is a major gasoil exporting country. Both stand to benefit from high distillate cracks.

Gasoil Surplus To Help in Transition?

The IMO bunker spec change in 2020 will be the most disruptive event to hit the refining sector in decades, even as Asian refiners have made concerted efforts to supply compliant fuels. But Asia’s rising surplus of gasoil will help to ease the region’s transition.

The IMO 2020 spec change will have a widespread effect on price spreads of refined products. Specifically for middle distillates, cracks are likely to increase significantly in the fourth quarter of 2019, and peak sometime in early 2020. Both HSFO flat prices and cracks are expected to fall in 2020.

Scrubbers a Small Percentage of Compliance?

Installation of exhaust gas cleaning systems, also referred to as scrubbers, is one alternative solution that the shipping industry can choose, leading to the continued use of some volumes of HSFO. Other solutions for the shipping industry include LNG bunkers, and the use of other fuels meeting the sulfur requirements, or simply non-compliance. But these are expected to represent a tiny percentage of bunker fuels used: Platts Analytics expects that the compliance rate will be high.

Singapore, as the world’s largest bunkering hub, will have to make major changes. Singapore’s product demand composition will undergo a drastic change, with HSFO demand dropping in 2020 while demand for MGO and LSFO rises. Market participants are keeping an eye on how Singapore will gear up to meet its bunker demand. Singapore is the world’s largest bunkering market and today imports huge volumes of HSFO.

In 2020, Singapore will still be a net importer of HSFO as vessels installed with scrubbers will continue consume the fuel, but most of its demand will switch to 0.5% LSFO and MGO, creating new challenges to its supply chains.

Overall, the changes are likely to benefit refining in Asia, which is long on gasoil, and the major bunker suppliers and China are developing supply options for LSFO. The Maritime and Port Authority of Singapore (MPA) is working with stakeholders to ensure an adequate availability of compliant fuel oil at its port ahead of 2020, with a list of suppliers made available in mid-2019.

Since 2000, Asian refiners have added substantial volumes of refining capacities as well as upgrading capabilities. In fact, the region has been adding conversion capacities more rapidly than crude distillation units (CDUs) over the past few years.

India’s conversion ratio – or the amount of more complex conversion capacity, such as fluid catalytic cracker (FCC), resid catalytic cracker (RCC), hydrocrackers (HCU), or coking capacity relative to CDU capacity – has improved the most among Asian refiners. It is expected to reach a new high this year after a series of upgrading works to prepare refineries for a nationwide rollout of the Bharat VI standard, which applies to gasoline and gasoil and mandates a limit of 10 ppm sulfur, equivalent to Euro 6, in April 2020. However, China’s conversion ratio is still ahead, although the improvement has slowed over the last few years. China implemented the Nation 6 standard with 10 ppm sulfur levels (equivalent to Euro 6) nationwide in January 2019.

Japan’s refinery conversion ratio has improved due to CDU closures as part of the METI’s Refinery Ordinance. Japan is well ahead in its preparations as it has substantial residue desulfurization facilities, which were originally built mostly to make LSFO for power generation. South Korea’s conversion ratio also improved over the years due to upgrading.

The higher conversion and HDS ratios in the region will enable refineries to have more flexibility in terms of their choices on crude slates, and more fuel oil will be converted into valuable lighter products. Asian refineries are now in a better footing to make changes to meet IMO 2020 bunker specs.

The “Big Four” of Asia For 2019 as a whole, India’s net gasoil exports are likely to decline in 2019 due to its robust domestic demand and heavier turnarounds as refineries upgrade to meet the mandate of Bharat VI standard (10 ppm sulfur) nationwide in April 2020.

Japan’s exports, however, are expected to be slightly higher this year on the back of further declines in domestic demand despite refiners’ possible cut runs. Topping and cracking margins for Singapore

China has become a prominent regional exporter of gasoil. It is a minor net fuel oil importer. China is building desulfurization and conversion facilities and we expect the country to increase its share of the global bunker supply market by increasing production of compliant bunker grades. To further optimize utilization, China could import more medium or heavy sour crudes and increase coker operations, if government policy permits it.

China To Benefit the Most?

In effect, China is well-placed to benefit from the shift to IMO 2020, particularly with its experience from the early implementation of the new Emission Control Area (ECA) rules from January 1, 2019. The rule means that any vessel entering any port in China along the coast or entering internal waters must use bunker fuels with a sulfur content of no more than 0.5%. This is essentially the same quality specification as the broader IMO specification change set to go into force in 2020. Singapore will be a major outlet when demand for marine gasoil picks up come 2020. However, given its long distillate position, China may take the opportunity to expand its own bunkering operations.

India is the largest regional net exporter of gasoil and a very minor net importer of fuel oil. Indian refineries are relatively well positioned to deal with challenges associated with bunker spec changes under IMO 2020 owing to their high level of coking and HCU capacity relative to FCC, which would allow refiners to produce more gasoil than gasoline. State-owned IOCL, for instance, has already carried out detailed tests to advance the production of low sulfur fuel oil compliant with IMO’s 2020 rule and aims to start supplying cargoes commercially from September 2019.

Japan is a regional minor net exporter of gasoil and a very minor net exporter of fuel oil. Japan is not currently a major bunker center. But it has substantial residue desulfurization facilities. These were originally built mostly to make low sulfur fuel oil for power generation, but have since been repurposed into refinery conversion unit pre-treatment facilities (to help meet low sulfur diesel and gasoline specs). It is likely that some of these could be shifted back into fuel oil service. That could provide LSFO both for the modest local bunker market, and perhaps more likely, as an export to Singapore.

South Korea is a major regional net exporter of gasoil/diesel and a minor net importer of fuel oil, and will stand to benefit from high distillate cracks in 2020. The country is a mid-size player in the Asian bunker fuel market. Refiners in the country are ramping up investments to destroy high sulfur residue and boost production of lighter and lower-sulfur products.

2020 Most Disruptive Change To Hit Asia?

In summary, the IMO bunker spec change in 2020 will be the most disruptive event to hit the refining sector in decades even as Asian refiners have made concerted efforts to supply compliant fuels. However, Asia’s rising surplus of gasoil will help to ease the region’s transition. IMO 2020 will drive up demand for gasoil and drive down demand for HSFO, increasing the price differential between the two.

Effect of This Change

The surplus of gasoil in the region will tighten with a substantial increase in gasoil demand as a result of the spec change. Power generation’s use as a sink for HSFO is likely to increase come 2020. In Asia, Bangladesh and Pakistan will have the potential to increase their usage of HSFO, but the Middle East and perhaps Russia will absorb a substantial part of the surplus.

In the longer term, as the demand for HSFO bunkers begins to grow post-2020 as a result of ships adding scrubbers, and as additional conversion and residue desulfurization capacities start up, spreads will narrow and the historical Singapore HSFO arbitrage could return. 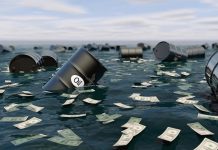