Every flight leaving the US was halted due to an IT disaster, which affected thousands of passengers, as reported by The Telegraph.

Due to a problem with the Federal Aviation Administration’s computer system, aeroplanes cannot take off in America.

The FAA declared in a statement that it is “continuing to work to fully restore the Notice to Air Missions system after an outage.”

It added: “The FAA has ordered airlines to pause all domestic departures until 9 am Eastern Time (2 pm UK time) to allow the agency to validate the integrity of flight and safety information.”

At 7 am eastern time in the US (midday in the UK) there were 400 flight delays for planes in the US.

The FAA has confirmed that departures will resume at Newark and Atlanta.

It said some parts of its system are beginning to “come back online”. 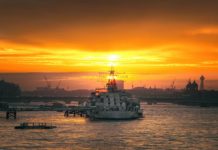