An alliance is a group of ocean carriers joining forces to operate ships on some trade routes. Only the vessels and its operations are shared, and there are no commercial terms being shared.

The same customer can have separate different rates and service contracts with different lines in the same alliance.

Having rates and service contracts with carriers in an alliance has its own advantages and disadvantages.

Advantage of an Alliance

The advantage is that customers could have a choice of lines within the alliance to choose the best rates, equipment availability and after-sales service.

But if you have substantial volumes, you could negotiate same rates with the other carriers in the alliance on the basis that there is no difference in terms of calling ports, terminals and transit times.

Issues with an alliance

The way the alliance could affect your rates would be that if there are any issues with the ship, calling port, transit time, etc. then the customer cannot switch to any other line within the alliance as these issues affect all carriers the same way and even if you are willing to pay a higher rate to the carrier at that point, it may not help.

For example, if there is a problem with the schedule of a certain vessel and the customer has booked it with one of the carriers, he cannot change to any other carrier within that same alliance as all will be equally affected.

Otherside of an Alliance

Basically by using Alliances while you could get more connections, you are also restricted to a fewer operators with whom you can negotiate freight rates. These are some of the factors affecting rates, service contracts within an alliance.

However, with the advent of the three big alliances controlling around 87% of the global container volumes, do we really have a choice? 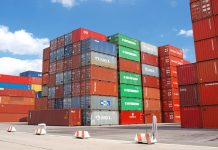 World Container Index Down By 1.5% 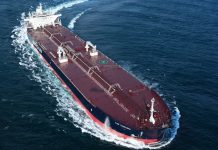