The greatest round of layoffs in the e-commerce behemoth’s history, according to Amazon, will result in the elimination of 18,000 employees in total, as reported by CBS News.

“We typically wait to communicate about these outcomes until we can speak with the people who are directly impacted,” CEO Andy Jassy said in a note to employees that the company made public on Wednesday. “However, because one of our teammates leaked this information externally, we decided it was better to share this news earlier so you can hear the details directly from me.”

According to Jassy, the company’s brick-and-mortar stores, which include Amazon Fresh and Amazon Go, as well as its PXT organisations, which manage personnel resources and other activities, will be most affected by the layoffs.

He informed the workers of the impending layoffs in November, citing the current state of the economy and the company’s fast expansion in recent years. The job layoffs that had not been numbered earlier were included in the announcement on Wednesday. Along with voluntary buyouts, the business has been reducing costs in other facets of its expansive operations.

One of several major IT corporations cutting staff after actively hiring in recent years is Amazon, which employs 1.5 million people worldwide.

Customer management software provider Salesforce announced on Wednesday that it is closing certain offices and laying off around 7,000 workers, or roughly 10% of its staff. The layoffs are by far the biggest in the 23-year history of the San Francisco business started by former Oracle executive Marc Benioff, who invented the practice of renting out software functions to internet-connected devices, or “cloud computing.”

“As our revenue accelerated through the pandemic, we hired too many people leading into this economic downturn we’re now facing, and I take responsibility for that,” Benioff wrote in a letter to employees.

Just before the epidemic began in January 2020, Salesforce employed roughly 49,000 workers. The number of employees at Salesforce is still 50% higher than it was before the pandemic.

When Mark Zuckerberg, the CEO of Meta, stated in November that his firm would be laying off 11,000 people, or 13% of its staff, he later admitted that he had miscalculated the financial benefits that Facebook and Instagram’s owner was enjoying during the pandemic.

According to Wall Street analyst Adam Crisafulli of Vital Knowledge, employers “are being proactive in lowering expenses (which will help underpin profitability notwithstanding a harder revenue environment)”

According to outplacement agency Challenger, Gray & Christmas, IT industry companies cut more than 97,000 employees overall in 2022, an increase of 649% from the roughly 13,000 positions lost the year before. The automobile industry, which lost 31,000 people last year, the second-highest number of any U.S. business, was far behind in that regard.

“Despite firms appearing to be actively preparing for a slump, the economy as a whole is still adding jobs. As businesses become more cautious as 2023 approaches, hiring has slowed”, the senior vice president of Challenger, Gray & Christmas, Andrew Challenger, said. 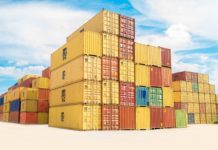