The United States will within hours record its unfathomable 500,000th death from Covid-19 paradoxically at a moment of rare hope in the pandemic. Yet the tragic landmark will occur with the White House loath to predict when the crisis may ease as it balances critical political and epidemiological risks, reports CNN.

A warning from Dr. Anthony Fauci on CNN Sunday that Americans could be wearing masks into 2022 came as leading medical associations pleaded for extended vigilance from people exhausted by months of self-isolating and the punishing economic impact of the worst public health calamity in 100 years.

But the national dichotomy between fear and hope was exemplified by an announcement that more vaccines than ever are being sent to states and a fast ebbing of new cases of the novel coronavirus across most of the country.

The symbolic power of the half a million figure emphasizes the horror of the nightmare that seized the country a year ago. On February 23, 2020, ex-President Donald Trump crowed that “we have it very much under control” and “we’ve had no deaths,” revealing his unpreparedness for the disaster that was about to unfold on his watch.

In a contrast to the former President, who rarely shouldered the nation’s collective grief, President Joe Biden and first lady Jill Biden plan to mark the 500,000th American death from Covid-19 with a candle-lighting ceremony at the White House Monday that will include Vice President Kamala Harris and her husband Doug Emhoff.

The current death toll of nearly 499,000 represents more than six average NFL stadiums worth of victims — in the days when carefree crowds could still pack into mass sporting events. Each is a grandparent, parent, son, daughter, or sibling taken in a horrendous death toll — the world’s worst in the pandemic — almost equivalent to the combined US losses in two world wars. 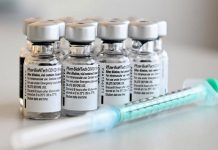 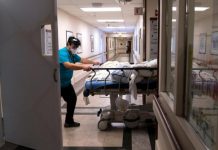 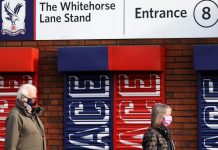