The amount of fuel carried on a container ship varies based on the engine capacity and size of the ship, which themselves are a function of the particular trading route the ship operates in and the optimal speed of the ship’s engine, says an article published in Freight Waves.

Today, we are going to delve deeper and find out how much fuel can a ship carry based on its design and build.

One of the largest container ships to call on the U.S., the CMA CGM Benjamin Franklin, carries approximately 4.5 million gallons of fuel oil. Ship fuel capacity is generally converted to volumetric measurement. The equivalent on the Ben Franklin would be close to 16,000 cubic meters.

Container ships that can go through the old Panama Canal locks are called Panamax ships and can generally hold up to 5,000 TEUs. Those vessels typically hold between 1.5 million and 2 million gallons of fuel.

Many container ships that call on the U.S. now are considered post-Panamax or New Panamax, named so because they are larger and can go through the newer, larger locks on the Panama Canal. Those ships are generally in the 8,000- to 14,000-TEU range. Ships in that size range can carry between 2.5 million and 3.5 million gallons of fuel.

How much fuel used for sailing?

The amount of fuel actually be used on a sailing depends primarily on the ship’s speed. Most ship engines have been designed for top speeds ranging between 20 and 25 knots per hour, which is between 23 and 28 miles per hour. A Panamax container ship can consume 63,000 gallons of marine fuel per day at that speed.

Fuel use drops sharply as speeds decrease. A container ship can decrease fuel use close to one-third if it drops its speed 10%.

Since the 2008-2009 recession, major carriers have reduced ship speeds to 19 mph through slow steaming. Slow steaming decreases the amount of fuel consumption on each voyage. But the trade-off is that carriers need to increase the number or size of ships on a particular route to maintain schedules.

That’s all for today. We have showed you how ships carry fuel and how much fuel it uses depending on their speed. This reiterates the point in favour of slow steaming.

Stay tuned every Wednesday for some intriguing answers. Till then write to us at experts@mfame.guru and tell us what all you would like us to cover in this section. 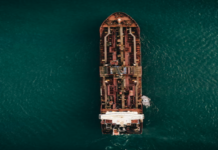 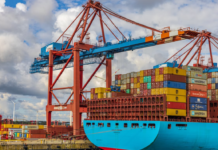 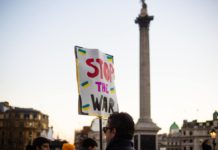