The International Radiotelephony Spelling Alphabet, commonly known as the NATO phonetic alphabet or the ICAO phonetic alphabet, is the most widely used radiotelephone spelling alphabet and was developed by the International Civil Aviation Organization (ICAO), to ease communication via radio or telephone. Spelling alphabet is a set of words used to stand for the letters of an alphabet in oral communication.

How is it used?

The NATO Phonetic Alphabet substitutes a code word acrophonically for each letter of the English alphabet, so that letters and numbers would have distinct names that would be most easily understood by those who exchange voice messages, regardless of language/ pronunciation differences or the quality of the communication channel.

The alphabet is used to spell parts of a message containing letters and numbers to avoid confusion, because many letters sound similar, such as “n” and “m” or “f” and “s”. Note that “Alpha” is written as “Alfa” and “Juliet” is written as “Juliett”, which are the spellings still in use in the international version of the alphabet, to avoid possible critical mispronunciations by speakers of other languages.

After ICAO developed the phonetic, this was adopted by many other international and national organizations, including the IMO. However, each agency chooses one of two different sets of numeric code words. The IMO defines different pronunciation of numerals than does the ICAO:

In practice, these are used rarely, as they frequently result in confusion between speakers of different languages. Actually, as of 2002, the IMO’s GMDSS procedures permit the use of the ICAO numeral pronunciation.

A spelling alphabet is also often called a ‘phonetic alphabet’, but this is not related to the usage of the same phrase in phonetics, which is used to indicate the sounds of human speech, such as the International Phonetic Alphabet. 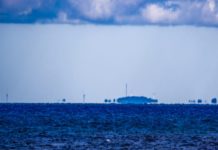 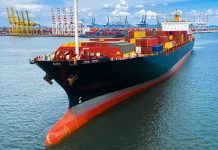