Whether Apple’s rumored device is a pair of smart glasses or a VR headset, competitors are terrified it will be the next iPad, reports Cnet.

Many products shown off at CES 2022 were about future tech, like cars that change color, robot butlers or invisible headphones. But with rumors that Apple may announce its own take on an augmented reality or virtual reality device sometime this year, companies already making such products are getting dragged into the present.

And then there’s Apple, which regularly influences and upends the industry. That very specifically happened 15 years ago in January 2007 when Apple co-founder Steve Jobs announced his company’s first iPhone during the Macworld Expo in San Francisco. That happened the same week as CES, pulling attention away from the show and the new phones, which the iPhone ultimately killed off in the marketplace.

“The industry doesn’t want to be burned like they were with the iPhone,” Moor Insights and Strategies analyst Patrick Moorhead said.

But they were burned again pretty quickly. “The industry’s a lot more ready for this one, and it’s been investing in years,” Moorhead said. “You have all these people who are like, ‘never again.'”

Apple, which didn’t respond to a request for comment, typically doesn’t discuss rumors of upcoming products.

Still, Apple CEO Tim Cook has teased his company’s interest in AR and VR, either through its software tools offered to developers or statements that the technology is a “critically important part of Apple’s future” that will “pervade our entire lives.”

“I think AR is one of these very few profound technologies that we will look back on one day and went, ‘How did we live our lives without it?'” he told tech YouTuber iJustine in September. “I’m AR fan No. 1. I think it’s that big.”

As CNET’s Scott Stein notes, VR technology itself is still in flux, “with companies aiming for products that are smaller and more able to be connected to devices like phones.” Right now, the Oculus Quest 2, the $299 VR headset from Meta (nee Facebook), is considered the market leader with one of the most popular VR app stores and one of the most affordable devices alongside Sony’s $299 PlayStation VR.

Meanwhile, there are no consumer AR headsets that have gained widespread popularity. Microsoft’s $3,500 HoloLens 2 and Magic Leap’s $2,295 namesake headset are both focused on business customers.

That leaves Apple with an opportunity to jump in, analysts say. “Apple’s headset reveal will be a powerful statement that it means business when it comes to metaverse,” Loup Ventures analyst Gene Munster wrote in December, adding the company’s “investing heavily,” a sentiment backed by years of reports about prototypes and initiatives coming out of Cupertino.

The tech world’s gone gaga over VR and AR before, with relatively few sales to show for it afterward. In the 1980s and 1990s, VR experience centers in malls and Nintendo’s Virtual Boy excited techies about the promise of the new technology, but the experience didn’t come close to the hype, and sales failed to materialize. The industry imploded before it got a chance to get off the ground.

In 2016, VR went through somewhat of a repeat when Facebook’s Oculus Rift headset launched after four years of public testing and development. Phone maker HTC introduced its Vive around the same time, as did Sony with its PSVR. Initial sales were lower than expected, according to people familiar with data surrounding Oculus and Microsoft at the time.

Elephant in the metaverse

Six years later, Oculus appears to have found its niche as a tool for entertainment amid the interminable COVID-19 pandemic. The HTC Vive has largely been used by businesses. VR, AR and the virtual worlds of the metaverse, such as Fortnite, Minecraft and Roblox, have also offered a way to socialize with people amid quarantines and social isolation.

Apple may be able to supercharge that trend, taking advantage of growing interest in the technology for entertainment and social communication, which are among the most popular categories in its App Store.

Until then, CNET’s Stein says that even as more and more companies beckon us to join their digital worlds, Apple will remain “the elephant in the metaverse.” 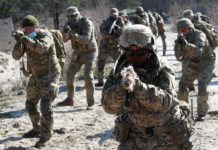 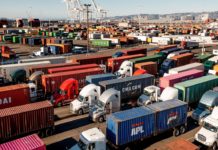 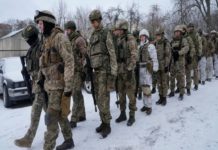