According to an article published in the Wired, today is the date when containerization was born as the first every containership set sails from Newark, New Jersey on this date in 1956

How Containerization came about?

As early as 1937, Malcolm McLean noted the wasted time of break-bulk cargo handling, with longshoremen or stevedores laboriously loading individual items like sacks of coffee or nets full of cotton bales.

He thought it would make much more sense to lift whole truck trailers on and off the ship. And he wanted to save taxes as well as time. Sending truck trailers by ship from one domestic port to another would avoid the state fees imposed for excess weight as a truck passed through a dozen or more states.

The Seatrain shipping line had carried railroad boxcars on deck as early as 1929 on the New York–to–Cuba run. But McLean envisioned ships dedicated entirely to the new loading system. He wanted to separate the truck container from its bed and wheels, and he conceived an angled-corner-post system to allow easy stacking and hold the containers in place.

So, he sold his trucking business (to avoid antitrust issues and the enmity of the established shipping lines), and bought Pan-Atlantic Tanker Co. He renamed it Sea-Land Shipping and beta-tested his idea with the Ideal X. 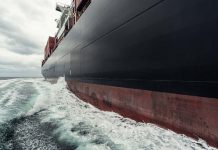 Mfame Team - September 19, 2017
0
30 Days of Timelapse, about 80,000 photos combined. Sailing in the open ocean is a unique feeling and experience. Disclaimer: This video is intended for...
Powered by Pojo Software Pvt.Ltd
This website uses cookies to improve your experience. We'll assume you're ok with this, but you can opt-out if you wish.Accept Read More
Privacy & Cookies Policy
Necessary Always Enabled