Are You the Pilot of Your Own Ship? I would like to think I have always been in control, that I have always been the pilot of my own ship.  Yet, I know it’s not true.  Too many times I have given control of circumstances over to another, either deliberately or inadvertently.  Why? The simple answer is, it was easier than me taking control of my own affairs.  Plus, I could always blame someone else if things didn’t work out.

I took my office staff on a cruise recently and I began to think about the role of a ship’s captain.  Ship’s captains are a special lot.  They are masters of every aspect of their vessels. The shear scope of their management responsibilities far exceeds those of an airliner pilot.

A ship’s captain is the leader of the entire vessel, not only of the crew but of all operations besides.  The captain is directly responsible for the safe and efficient operation of the ship. This includes cargo, crew and passenger management, navigation, and ensuring the vessel complies with all local, international, company and flag state policies and procedures.

All bodies on board a ship from crew, to passengers, to guests, and even the occasional stowaway are under the authority of the captain and his or her ultimate responsibility. Captains are the masters of all within, and immediately surrounding, the walls of their vessels.

Skill deficiencies, indecision, procrastination, irresponsibility and blaming others for the consequences of their decisions are not in a ships captain’s repertoire.  If they were, they would never make captain or stay a captain for very long period of time.  The losses would be too great.

I would have been a lot better off had I conducted the first half of my life more like a captain runs a ship, if I had taken more responsibility for what happens inside the walls of my vessel. Ceding control of my thoughts, feelings and actions to others was never going to be a self-affirming, growth promoting strategy for successful living.

Granted, it was easier at times to leave someone else in charge of me.  However, the decisions they made on my behalf were never in my best interest, they were in their best interest.  Such is human nature.

Unlike a ship’s captain, when things did not turn in my favor I was quick to blame those around me for my failures or shortcomings.  After all, I had put them in charge whether they wanted to be or not.  Can you imagine any captain conducting himself in this way?

Allowing someone else into my wheelhouse, to pilot my ship, was never going to make me successful, to reach my full potential or gain any sense of personal accomplishment.

Allowing someone else into my wheelhouse, to pilot my ship, was never going to make me successful.

Mark Twain gave us the following insightful assessment and admonition:

“Twenty years from now you will be more disappointed by the things that you didn’t do than by the ones you did do.  So throw off the bowlines.  Sail away from the safe harbor.  Catch the trade winds in your sails. Explore.  Dream.  Discover.”

This sounds awesome but can be accomplished only if you are the masterful pilot of your own ship. 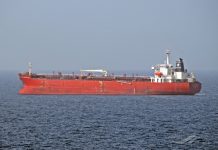 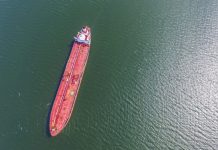