A video address by Hollywood actor Arnold Schwarzenegger to the Russian people was trending on Russian Twitter on Friday and has sparked reaction, says an article published in BBC.

Russia can stop the war

In it, Schwarzenegger warns Russians they are being fed misinformation about their country’s assault on Ukraine.

Addressing Russian President Vladimir Putin directly, he says: “You started this war, and you can stop it”.

His intervention has been praised by Russians who oppose the war in Ukraine.

Writing on the Telegram app, opposition politician Lev Shlosberg said it had been filmed “with respect towards us, Russian people”.

“Arnold Schwarzenegger has a unique ability to talk to anyone with persuasion, respect, and on equal terms. Wits, power, and justice. Have a listen. Think about it. Understand,” Mr. Shlosberg said.

“We are outcasts in the world.. Arnold is one of the few people who addressed Russians not as savage orcs, but as good people who have lost their ways,” Mr. Orekh said.

But a pro-Kremlin spoof account, Barack Obmana on Twitter, derided it, saying “the opinion of paid US talking heads” mattered little to Russians.

Russia has consistently said the war in Ukraine was a “special operation” to protect Russian-speaking Ukrainians.

But in his video, Schwarzenegger said the Kremlin was lying to Russians when it said the invasion was intended to “denazify” Ukraine.

Ukraine did not start the war, but “those in power in the Kremlin” did, he said.

Schwarzenegger is one of the few accounts followed by the Kremlin’s official Russian- and English-language Twitter accounts.

In the nine-minute video, which also shows footage of the destruction in Ukraine, the actor-turned-politician calls on people to see through disinformation and propaganda.

“I’m speaking to you today because there are things going on in the world that are being kept from you, terrible things that you should know about,” he says.

“Ukraine did not start this war, neither did nationalists or Nazis,” the former California governor says, noting that the country’s president, Volodymyr Zelensky, is Jewish. “This is not the Russian people’s war.”

The Austrian-born former bodybuilding champion – whose film Red Heat was the first US film shot in Moscow’s Red Square – speaks of his affection for the Russian people and talks about being inspired as a youth by Russian bodybuilder Yuri Vlasov.

He also talks about his father, who was among Nazi German troops who attacked St Petersburg – then called Leningrad – during World War Two. He returned a “broken man” full of pain from a wound he sustained during fighting and the guilt he felt at having taken part.

“The strength and the heart of the Russian people have always inspired me,” he says. “That is why I hope that you will let me tell you the truth about the war in Ukraine.”

He goes on to say: “This is an illegal war. Your lives, your limbs, your futures have been sacrificed for a senseless war condemned by the entire world.” 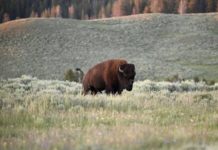 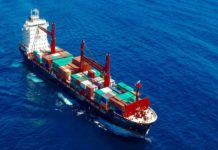