The revival of Asian oil demand to pre-pandemic levels is likely to get pushed back until 2023 as a worse-than-expected consumption outlook in China on the back of pandemic-induced lockdowns will more than offset gains in other pockets of the region this year, analysts told S&P Global Commodity Insights ahead of the APPEC summit.

Fears about China’s oil consumption growth slipping into the red, the outlook for Russian oil flows to the region, and the place that Asia currently occupies in the energy security versus sustainability debate will be in focus when 120 industry speakers share their insights over more than 75 sessions during APPEC in Singapore over Sept. 26-28.

“As China’s oil demand continues to feel the pinch from unending lockdowns, the impact on overall oil consumption in Asia will be massive.

As a result, it will be tough for Asian oil demand this year to climb to the level that we saw in the pre-pandemic year of 2019,” said Zhuwei Wang, Asian oil analytics manager at S&P Global Commodity Insights.

Based on the latest September outlook, Asian oil demand growth this year has been revised down by some 980,000 b/d from the end of January’s outlook, with China demand destruction accounting for 87% of the downward adjustment as Beijing sticks to its “dynamic zero” COVID policy.

“Asia’s demand growth is expected to rise back above 1 million b/d in 2023 as China’s engine starts to normalize, accounting for 45% of the regional growth,” said Lim Jit Yang, adviser for Asia-Pacific oil markets at S&P Global.

“However, there is still a risk of further downward adjustment due to China’s intermittent lockdowns and as concerns of global and regional economic recession grow,” he added.

In addition, the global economic revival has faced several roadblocks this year.

Among those challenges are soaring inflation and the ongoing negative spillovers from the war in Ukraine.

In addition, analysts said that a sharp decline in Asian currencies against the dollar had also emerged as one of the major risk factors for regional oil demand.

The Japanese yen fell to a 24-year low against the dollar in late August, while the South Korean won hit its lowest point against the greenback in more than 13 years in the week that started Sept. 5.

However, with rapid gas-to-oil switch unfolding across Asia and the globe, strong oil demand for power generation and industrial fuels before and during winter will likely support crack spreads and export margins, providing refiners in countries such as South Korea with strong impetus to keep run rates high.

On the supply side, all eyes will be on whether more Russian oil gets diverted to Asia.

Russia’s recent declaration of a partial mobilization and plans for occupied areas of Ukraine to hold referenda on joining Russia has raised the risk that Western countries will introduce harsher sanctions.

Bernstein Research said in a recent note that with the Russian oil supply holding up better than expected, it expects a modest build in stocks in H2, which could leave oil prices around the $90/b range through the remainder of the year.

“Looking into next year, we continue to see a deficit in 2023 with sanctions on Russia crude starting in December, China growth returning and OPEC supply growth coming to an end which could push prices back to $120/b,” Bernstein added.

“A recession is a key risk to this thesis, as is Russian oil production if sanctions are watered down in the face of high energy prices.” 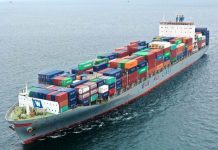