The most contagious and transmissible coronavirus variation to date has arrived over two and a half years after the pandemic’s start as reported by CNN.

Only vaccinations have been able to reduce the death toll from repeated Covid-19 waves. The virus is currently re-expanding, evading immunity, and increasing the number of cases and hospitalizations. The most recent iteration of its shape-shifting, BA.5, is an obvious indication that the pandemic is still very much alive.

The World Health Organization reports that the latest Omicron branch and a closely related variant, BA.4, are to blame for a 30% increase in cases during the past two weeks (WHO).

In Europe, the Omicron subvariants are powering a spike in cases of about 25%, though Dr Michael Ryan, the executive director of WHO’s Health Emergencies Program, has said that number may actually be higher, given the “almost collapse in testing.”

BA.5 is on the march in China, ratcheting anxieties that major cities there may soon re-enforce strict lockdown measures that were only recently lifted.

And the same variant has become the dominant strain in the United States, where it accounted for 65% of new infections last week, according to the Centers for Disease Control and Prevention (CDC).

“We have been watching this virus evolve rapidly.

We’ve been planning and preparing for this moment.”

In a statement, the committee, which is made up of independent experts, highlighted challenges to the ongoing global Covid-19 response, including a drop-off in testing and spotty genome sequencing, raising the question of just how accurately any nation might reasonably be able to monitor BA.5.

Official data dramatically undercount the true number of infections in the US, epidemiologists say, leaving the nation with a critical blind spot as the most transmissible coronavirus variant yet takes hold.

Some experts think there could be as many as 1 million new infections every day in the broader US population — 10 times higher than the official count.

As for how to manage the new wave, Jha urged Americans aged 50 and older to get second booster shots.

Adults who are up to date with vaccinations are less likely to be hospitalized than those who are unvaccinated.

But only about one in four adults in the US over 50 have gotten their recommended second boosters, data collected by the CDC show. Eric Topol, a cardiologist and professor of molecular medicine at Scripps Research, has called BA.5 “the worst version of the virus we’ve seen.”

In other words, BA.5 can easily evade immunity from previous infections and vaccines, increasing the risk of reinfection.

Though the variant does not appear to lead to more severe illness, in an interview with CNN on Monday, Topol said that given the extent of BA.5’s immune evasion, he expects to see an escalation in hospitalizations, as we’ve seen in Europe and elsewhere that the variant has taken root.

Public health experts in the US may take some solace from the trajectory of the variant in Europe.

But still, steep reductions in Covid-19 surveillance worldwide are hindering epidemiologists’ efforts as they race to trace the virus’ evolution.

“Sub-variants of Omicron, like BA.4 and BA.5, continue to drive waves of cases, hospitalization and death around the world,” WHO Director-General Tedros Adhanom Ghebreyesus said in a media briefing on Tuesday. 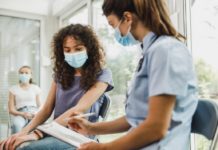