A recent news article published in the Splash 247 by Sam Chambers reveals about backing for nuclear-powered ships grows.

Backers for the project

James Marshall-led Berge Bulk and Tim Hartnoll-chaired X-Press Feeders are among the owners Splash has been able to confirm as backers for the project, which has made plenty of headlines over the past year.

Core Power, together with Bill Gates-chaired TerraPower, Southern Company and French atomic group Orano, is developing a modular molten salt reactor to propel ships and provide energy for manufacturing synthetic green fuels from hydrogen. The first prototype reactor is due to start trials in 2025.

Publication of a consultation document

The Maritime and Coastguard Agency (MCA) in the UK published a consultation document last August seeking views on the proposed Merchant Shipping (Nuclear Ships) Regulations. These regulations would transpose chapter VIII in the annex to the International Convention for Safety of Life at Sea, 1974 (SOLAS) into UK law. A total of 11 of the 14 submissions now support nuclear powered ships.

In light of the responses received, the UK government does not intend to significantly amend the prepared draft legislation which has been drafted to transpose SOLAS Chapter VIII into UK law. It is intended to make the regulations and bring them into force by the autumn of this year.

“There is an appetite for nuclear ships over the next 10 years with growing interest for nuclear propulsion for large ocean-going vessels,” the government-controlled MCA stated in an update on its website this month, with the UK increasingly looking to position itself as a centre of expertise for atomic propulsion.

The UK will face strong competition from the US and Asia in the development of nuclear-powered merchant ships.

There is strong lobbying in Washington DC to bring America’s existing navy knowledge of nuclear power to merchant shipping, with US climate envoy John Kerry among fans of this technology.

In South Korea shipbuilding major Samsung Heavy Industries has teamed up with the Korea Atomic Energy Research Institute while Seaborg Technologies in Denmark is building floating power barges, and the Canadians are working with NuScale to develop marine power stations.

The Russians, meanwhile, already have the market domestically and are now touting a huge new next generation nuclear-powered icebreaker as further proof of their maritime atomic expertise.

Not to be left out, Chinese scientists are developing their own atomic propulsion technologies for both merchant marine and offshore facilities. 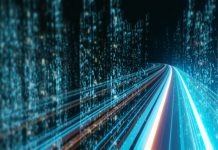