In the Drone Disruptors series, we took a look at Flytrex’s backyard drone delivery and Volansi’s ecosystem of drones and autonomy. In the most recent installment, we got to hear about Matternet’s vision of drones zipping between the skyscrapers of the world’s biggest cities, says an article published on freight waves website.

“We’re focused on middle-mile deliveries, where we can go warehouse to warehouse or airport to warehouse carrying a really substantial amount of cargo,” David Merrill, CEO and co-founder of Elroy Air, told Modern Shipper. “Really, 300 to 500 pounds of payload is what our system is going to carry.”

For Merrill and Elroy, it’s go big or go home. Merrill describes the Bay Area company’s aircraft as “cargo drones,” specializing in heavy-duty, middle-mile deliveries and capable of traveling up to 300 miles.

For this installment of Drone Disruptors, Modern Shipper sat down with Merrill to talk airports, ChapStick and the need for speed.

According to Merrill, the economics of last-mile drone delivery are problematic at best. He thinks many companies turn to that segment because of its availability – after all, it’s much easier and cheaper to build a small drone than it is to build a large one. The question is whether those time- and cost-saving measures translate to value.

“Companies that are building small, last-mile drones – like Zipline, Matternet, the drones that DHL was using, Amazon’s drones that they developed in-house – those are all designed for basically a single parcel at a time. And in our analyses, the economics of single parcel drone delivery look pretty challenging,” Merrill explained.

Downsizing might save drone delivery startups money in the short term, but to be successful in the long term, Merrill believes they need to think bigger.

According to a report from Levitate Capital, the cost of delivering a single parcel under 6.5 pounds is $56. For Merrill, that’s just a bad proposition.

“For a single consumer parcel, that just doesn’t pencil out,” he said. “You’re not going to deliver a stick of ChapStick to a consumer and charge 50 bucks for the delivery.”

Instead, Elroy Air hones in on heavier deliveries over the middle mile, which Merrill sees as both more feasible and more appealing. Bigger companies like Amazon and DHL have poured their resources into the last mile, but that means Elroy can solve an unmet need.

He envisions the company’s drones flying from warehouse to warehouse or warehouse to airport, carrying anywhere from 300 to 500 pounds of cargo.

“It’s just a very different opportunity because that’s just a lot more economic value that we can carry. It’s like a less-than-truckload amount of cargo.”

Those with poor internet connections probably have range extenders around the house to help strengthen their Wi-Fi networks. Elroy can do the same thing, but for the air cargo network.

The company’s drones are capable of fully autonomous vertical takeoff and landing (VTOL), allowing them to extend the range and scale of air cargo routes.

“We can do air cargo from one ship center to another, or from an airport to a distribution center, directly, so you don’t have to first go airport to airport and then put the cargo on trucks to get all the way to the finish line,” Merrill said.

Without even the push of a button, the company’s aircraft can launch and land all on its own. If you thought Jordan’s vertical was crazy, you should see Elroy’s.

All told, the drones are able to land, deposit cargo, pick up another load and take off again without the help of a single operator – and all within a few minutes. Merrill emphasized the drones’ rapid turnaround, which he says helps keep the entire operation economically viable because the aircraft are in constant motion.

Merrill says that for the next year or two, much of what Elroy does will be about demonstrating the product’s capabilities. He explains that while the path to commercialization is a bit longer for a drone of this scale, Elroy’s position as a startup allows the company some unique opportunities.

Either late this year or early next year, Elroy will demonstrate the next iteration of its aircraft in a flight validation campaign, then move toward manufacturing to build out its system further.

The company is also developing a hybrid electric powertrain solution, an alternative to battery-powered systems that’s designed for longer ranges.

In August, Elroy got a Series A funding raise of $40 million led by Lockheed Martin to build, test and expand the capabilities of its Chaparral drone. The company is also planning to use the funds to help it secure more patents for its technology, of which it already has several, including for its VTOL system. 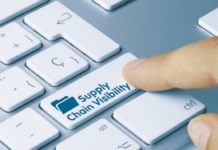 What Do Ocean Shippers Need Beside ‘Just’ Tracking? 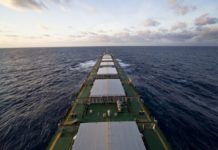 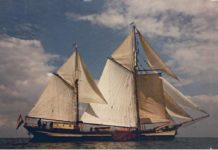