Compliance is becoming a key issue amongst the shipping industry heavyweights as they gear up for the 2020 sulphur cap.They want a “pragmatic approach” on compliance, in order to smooth imposition of the 0.5% sulphur cap regulation on 1 January 2020. For this, they have urged the International Maritime Organization (IMO) to “progress key issues” at its meeting next month, reports The LoadStar.

The statement said the industry was “fully committed” to the implementation of the sulphur cap, but had serious concerns about the enormity of the task.

It said: “The worldwide implementation of this game-changing regulatory regime will be far more complex than the previous introduction of sulphur emission control areas [SECAs] for shipping, not least because of the sheer magnitude of the switchover and the quantities and different types of fuel involved.”

In the mandatory switch to 0.1% low-sulphur fuels in 2015 when entering SECA coastal regions, there were a number of reports of ships losing power while changing tanks.

To comply with the SECA regulations, ships mainly switched to ISO 8217 distillate fuel oils, but the shipping associations note that in 2020, as well as using distillates to comply with the 0.5% sulphur cap, many vessels will use blended fuels and new products outside the ISO 8217 standard.

The statement says that while that the industry recognises that legally “there will be no transitional period after 1 January 2020”, it cautions that “something of this magnitude has never previously been attempted before on a worldwide basis”.

The associations are concerned that on top of the absence of global standards for the new blended fuels oil refiners have promised, there could be “serious safety issues”, for example, “if bunkers turn out to be incompatible it could lead to loss of power on the ship”.

It added: “With the scale of the technical challenges involved and the likelihood of teething problems, it will be important for port state control authorities to exercise a pragmatic and realistic approach to enforce compliance during the initial months of the global switchover.”

Meanwhile, shipowners and operators remain divided over the installation of exhaust gas cleaning systems, known as scrubbers, which enable ships to continue to burn the less-expensive heavy fuel oil (HFO). The two members of the 2M alliance, Maersk Line and MSC, have taken opposite sides in the argument and The Loadstar has received radically different views on the subject from its readership. 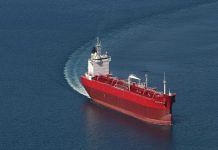 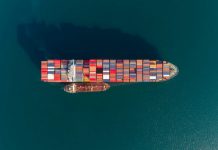 Mfame Team - October 11, 2017
0
Video depicts the Dredge Oregon, a vessel owned and operated by the Port of Portland which aids in maintaining the Columbia River’s 43’ navigation...
Powered by Pojo Software Pvt.Ltd
This website uses cookies to improve your experience. We'll assume you're ok with this, but you can opt-out if you wish.Accept Read More
Privacy & Cookies Policy
Necessary Always Enabled