An Italian diver and former naval officer is set to auction off a corroded 15th-century bell with documentary proof in hand .The bell rang aboard Christopher Columbus’ flagship Santa Maria and is the only remaining object from the Genoese navigator’s first voyage to the Americas. He hopes that an institution in the United States acquires the bell.

It is  from the Santa Maria (whose real name was Lagallega) and belonged to cartographer Juan de la Cosa. The small bronze bell was believed to have been hung from a tree in port Naviland.

In a letter written by Columbus’ grandson that the bell was loaded onto San Salvador and was to be returned to Spain along with other objects related to the discovery of the Americas.

The bell had been missing for more than 400 years when Mazzara, a scuba diver and expert in underwater retrieval, found it in 1994. The Italian told Efe his objective during his 1994 dive was the gold-laden San Salvador and not the bell, the first in the Americas and the oldest ship’s bell recovered to date.

He said in a statement Monday that “the bell will be sold to the highest bidder in a private auction in that South Florida city at a date that will not be announced”.

“If it were Oct. 12 (the anniversary of Columbus’ arrival in the Americas in 1492) that would be great,” he told Efe coyly when asked when the auction would take place.

He said his hope is that an institution in the United States such as the Smithsonian Institution acquires the bell, as opposed to a private collector, because that way it will be put on public display.

Asked what he will do with the proceeds if the bell is sold, Mazzara said ‘he will use the money to finish a system that he designed to generate hydroelectric energy and to produce hydrogen’.

Ownership of the bell

Mazzara said the bell has been in Miami since 2006, when ‘someone’ took it there to keep it safe, without providing further details.

He recalled that Spanish authorities, in response to Portugal’s “false” claim that it had been stolen, confiscated the bell when he tried to auction it in Madrid in the early part of this century.

Portugal’s attempts to take possession of the bell eventually failed in 2006, when a court in Madrid rejected a claim that country had filed based on the fact it was found among the wreckage of a Spanish galleon, the San Salvador, that had sunk off the Portuguese coast in 1555. 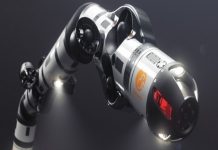 [Video] Heroic Role for A Snake in A Blockbuster Movie 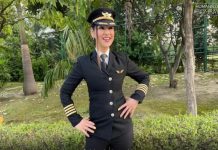 World’s First Female Pilot To Fly across The Opposite Poles 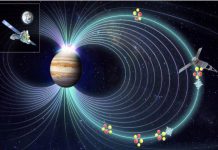