Union Finance Minister Nirmala Sitharaman in the Union Budget 2021-22 talked about achievement of India’s ship recycling industry, including its potential to be doubled by 2024 and attract more end-of-life vessels to India from Europe and Japan. This, however, may sound like a radical step to promote a circular economy in the ship recycling sector from a bird’s eye view, reports Down To Earth.

It will demand concrete actions from the authorities to ensure that the workforce’s occupational health and safety, as well as environmental conditions, are not compromised. Doubling the capacity without any strategic plan may lead to several occupational hazards and ecological implications.

It is crucial to note that recycling of obsolete ships is an important economic activity that provides livelihood to thousands of workers. It also fulfils the country’s domestic steel demand by 1-2 per cent, approximately 28 per cent of the country’s total imported ferrous scrap. Ship recycling, however, has also been a long-standing source of coastal pollution over the past four decades.

These yards are responsible for 47 per cent of all ships recycled globally and employ 60,000 people. The operation started in 1982 and has expanded to more than 100 times its original size. More than 350 ships are currently recycled every year in Alang-Sosiya.

India has overtaken the United States’ steel manufacturing industry and has become the world’s second-largest steelmaker.

Some of the imported scrap steel comes from its ship-recycling industry, which has been the world’s largest in terms of light displacement tonnage (LDT) in six of the last 10 years.

The ship recycling sector is an economic driver for India, but entails several occupational hazards and environmental implications because of generation of waste.

Obsolete ships are often considered as “hazardous waste” under international environmental laws as they are laden with several toxic materials and substances and residues. The wastes generated by the ship recycling industry can be broadly classified into two streams — hazardous and non-hazardous wastes — which cumulatively ranges between 0.5-10 per cent of the ship’s total weight.

These toxic waste streams cause hazard to the marine environment as well as the occupational health and safety of the workforce in ship recycling activity.

Additionally, the workforce engaged in the hot works and other related activities of ship recycling are prone to physical accidents.

The workers who handle asbestos are more vulnerable to hazard exposure which can lead to diseases like asbestosis and mesothelioma that may only manifest after a period of 15 years post exposure.

This makes the diagnosis and monitoring of health conditions of the workforce even more important. Typically, asbestos-related work is handled by licenced contractors, however, a large number of workers may get exposed to the so-called “hidden asbestos-containing materials” during the ship-recycling activity.

It is essential that a comprehensive risk assessment study needs to be conducted on asbestos exposure to the workforce. A continuous asbestos monitoring set-up should be installed in the vicinity of ship recycling activity, which should be assessed by pollution control authorities.

Studies have reported high concentration of metals such as iron (137,990 parts per million), zinc (1,222 ppm) and manganese (4,643 ppm) in Alang-Sosiya ship yard sediments. Contamination with manganese, lead and zinc at the Alang Sosiya coast was reportedly described as ‘strong to very strong’ in the geo-accumulation index.  The overall impact of these pollutants could have serious environmental implication if not managed cautiously.

One of the early attempts for managing the hazardous waste in the ship recycling yards is the establishment of common hazardous wastes: treatment, storage and disposal facility (CHW-TSDF) in Alang Port (in Alang, Gujarat) in early 2000.

As far as the regulatory framework for ensuring environmentally sound ship recycling practices is concerned, the International Maritime Organization (IMO) guidelines for developing the inventory of hazardous materials (IHM) give recommendations to assist the shipping industry to comply with the provisions of Hong Kong Convention (HKC).

As stipulated by the Convention, the IHM needs to be prepared upfront and used while developing the ship recycling plan (SRP) for the concerned ship by the Ship Recycling Facility (SRF).  It is essential, however, to notice that presently nearly 70 per cent of yards in Alang-Sosiya comply with HKC provisions.

India is currently using the tidal beaching method, where the obsolete ships to be recycled are bought as near as possible to the land-water interface by taking advantage of tides.

Many researchers across the globe believe that this method of shipbreaking is primitive, un-sophisticated and non-mechanised; which generates rather high concentrations of pollutants that are likely to accumulate in the surrounding environment.

Efforts should be made in order to minimise the ingress of hazardous contaminants into the environment by upgrading the infrastructure of the ship-recycling facility. ‘Concretisation’ (impermeable flooring) of the intertidal zone with effective drainage systems could be a potential solution to minimise the coastal pollution arising from ship-breaking activity.

Monitoring the safety of workers

In addition, there is a need to assess the existing practices at Alang and develop a systematic pedagogic approach for yard owners, safety officers, safety supervisors and laborers to reduce the risks and improve the wellbeing of workforce engaged in ship recycling activity.

Tacit know-how on handling the hazardous waste generated is essential so that preventive environmental management strategies and guidelines can be implemented in dismantling yards.

Upgradation of infrastructure of the existing TSDF plant has to be incorporated for environmentally sound disposal of hazardous waste generated from the ship recycling activity.

A comprehensive plan of action needs to be in place to improvise the current ship recycling yards where proper training, implementation and monitoring have been addressed to be of utmost priority.

Stricter monitoring of the health and safety of workers and specialised training programmes for safe handling of asbestos-containing materials should be paid heed to.

Source: Down To Earth 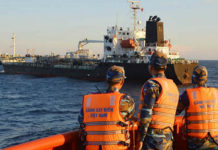 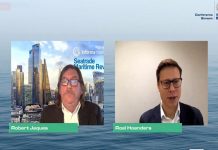 IMO Stresses It Is ‘Not Deaf To Climate Urgency’ 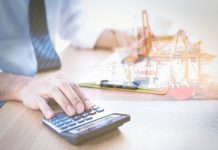