Many agricultural bulk cargos and forestry products are required to undergo fumigation on board ships to prevent infestation. However, to achieve the efficacy, the fumigation operation started at the load port often needs to continue in transit to the discharge port. Such “in-transit fumigation” may endanger the safety and lives of crew members and shore-based personnel if not handled properly. The toxicity of the fumigant makes it extremely important to raise awareness of the dangers of in-transit fumigation.

In transit fumigation begins at the load port with application of the fumigant in the loaded cargo holds by an expert “fumigator in charge” followed by gas-tight sealing of the hatches. The process is intentionally continued in the sealed space during the voyage. According to IMO Recommendations on the Safe Use of Pesticides in Ships applicable to the Fumigation of Cargo Holds (IMO Safety Guidelines), in transit fumigation is at the discretion of the master.  However, the process is common for agricultural products. This is reflected in the 2015 BIMCO clause that provides time or voyage charterers with the option to fumigate cargo in transit at their cost and risk provided the fumigation is in conformity with the IMO Safety Guidelines.

Hydrogen phosphide (phosphine) is the fumigant used in transit. Phosphine gas is toxic and in concentration, fatal to humans. Inhalation of this fumigant may cause respiratory problems, nausea and ultimately suffocation. Tragically, seafarers have lost their lives due to leaks into accommodation spaces or by entering an enclosed space where the gas is active.

The fumigator in charge should present documentation attesting his competence and that of his team, as well as the letter of appointment from the shipper/charterer.

The fumigator in charge should provide to the master a written statement attesting the result of the pre-fumigation inspection, as well as the intended fumigation procedure, including specific comments regarding the type(s) and quantity of fumigant to be used in each hold, the hazards involved and safety precautions to be taken.

Unlike grains, log cargos require additional “top up” fumigation while in transit. This process has been done by an expert fumigator in charge who begins the fumigation process at the load port and sails with the vessel to discharge port.

For logs bound for China, the Covid-19 pandemic restrictions have changed this practice and charterers continue to request that the crew perform the top up in-transit under remote supervision and without an expert fumigator on board.

Handling fumigants by crew is not recommended

The IMO safety guidelines states that the crew should not handle fumigants and requires fumigation to be conducted by qualified operators.The BIMCO Fumigation Clause provides that the charterers have the option to fumigate the cargo holds in transit. However, “such fumigation shall be performed always in accordance with IMO Recommendations on the Safe Use of Pesticides in Ships applicable to the Fumigation of Cargo Holds, MSC.1/Circ.1264 (IMO Recommendations) and any subsequent revisions” Thus, the inclusion of the BIMCO Cargo Fumigation Clause does not necessarily include the top up procedure as top up requires the crew to handle the fumigant which is contrary to the IMO recommendations.

Due to COVID restrictions, some flag and port states have approved the use of crew members,trained and deemed competent by a fumigation company, to carry out the on-board technician role involved in fumigant (phosphine) top up and leak testing.  This practice should not continue once COVID restrictions have eased.  Should Members be pressed to accommodate the charterer’s request to perform top up fumigation of logs or any other cargo by the crew, Members should seek guidance from the Club.

The importance of considering symptoms of phosphine gas exposure

In the case of illness among crew members during fumigation operations one must never exclude the possibility that the individuals may be suffering from poisoning by the toxic fumigant gas. There are cases of crew members thought to have been suffering from seasickness or food poisoning and told to go to bed, never to wake up again. If there is a gas leak into the accommodation area, the worst place to stay could be the cabins.

There is no antidote to phosphine poisoning. Treatment consists of supporting respiratory and cardiovascular functions. In an emergency onboard a ship it is important to get the victims into fresh air.

The IMO Safety Guidelines on fumigation specify carriage aboard a copy of the latest version of the Medical First Aid Guide for Use in Accidents Involving Dangerous Goods (MFAG). The Guide is reproduced in the Supplement of the IMDG Code. Information about on-board treatment for inhalation of poisonous gases can also be found on the Mariners Medico Guide.

The Mariners Medical Guide is a digital app designed by doctors specialised in maritime medicine as an assessment tool specifically for seafarers while at sea. It is possible to search by symptoms as well as condition, and it is written in easy-to-follow language and steps. It can be downloaded for free for desktop as well as Apple and android mobile devices. Once downloaded, the medical guide is available without internet access. The Mariners Medico Guide includes contact details and links to shore based telemedical assistance and is approved by the Norwegian flag state. 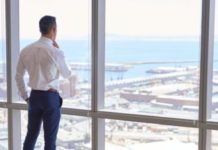 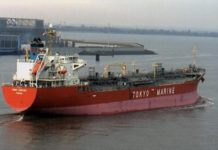 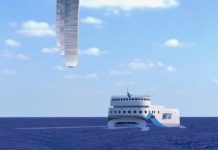