Improving global economic conditions have resulted in record volumes at various ports this year. As we noted in our previous rate analysis, at the beginning of the 2nd quarter of 2017, the IMF raised its outlook for the year with a projected rise in economic growth from 3.1% in 2016 to 3.5% in 2017 and 3.6% in 2018. In this 3rd part, we will review 2017 rate movements and recap what perhaps can happen in 2018.

The IMF’s raised outlook for economic growth is an encouraging sign especially for trade as this projection is slightly higher than the 3.4% projected at the beginning of 2017. What is encouraging for trade will naturally be supporting for shipping and ocean freight rates too. Consolidation in the Ocean Freight Market

The ocean freight market hit rock bottom in 2016. Carriers bled a record amount of money while rates hit historic lows. So, the expectation for 2017 was that there was only one way to go – up.

And indeed, rates have increased. Because of shipping industry consolidation, ocean rates have more than doubled on some lanes. For example, in June 2016, we found that rates were at $616 for a 40-foot container vessel traveling between China and northern Europe; a year later, the rate was at $1,470.

However, in a February 2017 post, Patrik Berglund, Xeneta CEO stated, “I can’t stress enough that although 2017’s ocean freight rates have all the signs that they are improving, we can never be too sure. Overcapacity is still an issue that hasn’t been dealt with 100% even though there are a record number of ships being scrapped”.

He continued, “We should also be on the lookout for any new or daring liners who want to make a play in the market, and by doing so they may drop prices to gain market share.  All eyes should be on the near future contract negotiations because if any liner starts agreeing on low, long-term contract prices now, that would be a catalyst to pull down the spot market as well. Then, it could all start all over again, and we may relive 2016.”

Even though there has been some consolidation in the ocean freight market, thankfully, there have not been any “daring liners” to disrupt rates. As for scrapped ships, almost 200 ships were scrapped in the second quarter of 2017.

2017 Started off With Uncertainty

Through our market intelligence and data inputs we have seen that in Q1 of this year, a lot of our customers waited or delayed their negotiations until after the Chinese New Year.

In the same period, shippers were also trying to finalize the rates for the rest of 2017 or the next 12 months with the uncertainty of the rate actions of the new alliances hanging over their heads.

As discussed in our webinar for transportation professionals on the 5th of July, we identified that over a 12‑month period the main China to Europe corridor has been highly volatile.  Although the market went into 2016 on a spike influenced by the Chinese New year, in Q2 of 2017, the freight averages stabilized to what was seen for the last nine months or so.

Albeit, not an immediate surge in ocean freight rates, on the whole, there were indications of a market trending upwards very, very (turtle pace) slowly in 2017.

This ties in nicely with the expectations raised by the IMF on global growth/trade which will impact ocean freight prices in 2018. So, what about 2018? In a recent article in the Journal of Commerce, our CEO, Patrik Berglund, said,

“Our customers are already contracting 2018 rates and populating data in our platform. Here we already see plenty of long-term contracts committed throughout the full year of 2018 at double the low point of 2016. If the market holds for the next couple of months or so, contract negotiations for 2018 will still come into play from quite a healthy market.”

As an example provided for the JOC, the China-North Europe route noted long-term contracts for 2018 below 2017 peak but more than double the lowest average point recorded in 2016.

From an economic perspective, expectations are high for 2018. Outlooks from Goldman Sachs Group Inc. and Barclays Plc predict global growth will reach 4%, with G7 economies expected to beat projections for the first time since 2010. In fact, it’s worth noting that a global growth rate of 4% next year would be the strongest since 2011. Barclay’s economist wrote in a November note that this growth “is not overly reliant on any single geographical region, industry, or source of demand.”

How an expected strong global economy plays out for the ocean freight market is not yet known. Capacity does still remain an issue regardless of IMF’s outlook, and with more expected in 2018, it could likely pressure rates downward depending on the lane. How alliances react needs to be monitored as well and finally, consolidation. Will it continue?

There are still a few politically motivated events that could shape the container industry in the immediate future. Brexit and the fate of EU trade, the country’s maritime industry is hanging in the balance.

How the market will react to Brexit is yet to be seen although there is a lot of speculation surrounding the same.

In our view, if the market holds steady for at least the first quarter of 2018, although the rates are looking lower right now, it may be too short-sighted to say the 2018 market will be unhealthy for carriers. With many carriers reporting profit and also from the trend we see in our data, we have to put things in perspective and not call it too soon. Let’s see what happens.

According to the report “Cargo Shipping Market – Global Trends and Forecast to 2021“, the growth in container transport will have the highest growth in cargo shipping trade compared to other types of cargos (Liquid, Dry, General).

After the fiscal year 2018, the report states that the cargo shipping market is projected to reach 12.52 Billion Tons at CAGR of 3.5% from 2016 to 2021 overall with the container market the most promising.

From our database, we have seen that on certain routes like the China-North Europe route some of the new long-term contract rates for 2018 are lower than peak 2017 rates but much higher than the lowest average in 2016.

But on the positive side, it is expected that shipping lines will make a small profit of around $1.5 billion at the end of 2017 with a 5% growth in 2018 predicted meaning that 2018 contracts can be a healthy year for carriers.

The End of a Year and the Beginning of a New

As we close 2017, shippers and carriers alike will be looking to all ways possible best navigate a volatile market. With so many critical events having happened in 2017, there’s a lot of room for speculation for what 2018 will bring. 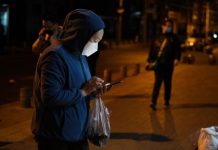 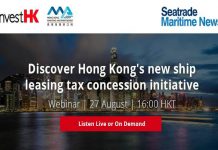 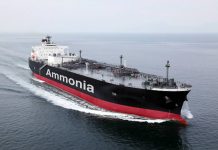