An article in the Points Guy talks about four of the newest giant cruise ships and their detailed information.

New giants of the Sea

Before COVID-19 halted cruising around the world, two of the biggest big-ship cruise lines — Norwegian Cruise Line and MSC Cruises — were just starting up sailings with their biggest ships ever.

Another major brand, Carnival Cruise Line, was just months away from rolling out its own record-sized vessel. Royal Caribbean, too, had just brought out a new giant of the seas just 21 months earlier.

Already, one of the vessels — MSC Grandiosa — is sailing again in the Mediterranean, albeit on cruises that only are open to residents of Europe’s Schengen countries.

Two more of the ships — Norwegian Encore and Royal Caribbean’s Symphony of the Seas — could be back in operation as early as November. The new Carnival ship, Mardi Gras, is now set for a maiden voyage in February.

All four of the vessels, moreover, currently are open for bookings well into 2022. Indeed, Mardi Gras is available for booking through April 2023.

Europe-based Costa Cruises and Aida Cruises have unveiled massive new ships since 2018 that rank among the 10 biggest cruise ships ever built — Costa Smeralda and AIDAnova.

As a group, the four new vessels are a diverse lot. In design, they vary widely, with significant variation in top attractions, cabin styles and atmosphere.

Fast-growing MSC Cruises has been rolling out ever bigger ships in recent years, culminating last November with the unveiling of the appropriately named MSC Grandiosa.

The “grand” new flagship of the line is the biggest MSC Cruises ship ever at 181,543 tons — and the seventh-largest cruise vessel ever from any line.

With a length of 1,086 feet, MSC Grandiosa is a stretched version of MSC Meraviglia and MSC Bellissima – the previous size leaders at the line.

Like the two earlier ships, its most notable feature is a massive interior promenade lined with bars, eateries and shops covered with a dazzling “digital sky” made with LED screens. But the version of the promenade on MSC Grandiosa is even more grand.

Details: MSC Grandiosa mostly sails seven-night voyages in the Western Mediterranean out of Genoa, Italy, and other ports. Fares start at $349 per person, not including taxes and fees. Information: 877-665-4655 or msccruisesusa.com. This giant new Carnival ship is not in operation yet, but it will be soon.

Scheduled to debut in February, the 180,000-ton vessel will be nearly 35% bigger than the biggest Carnival ship currently afloat, the just-unveiled Carnival Panorama, and one of the 10 biggest cruise ships ever from any line.

The line until now has resisted the trend among major brands to build ever-bigger vessels. Carnival Panorama does not even crack the top 40 list of biggest ships.

Details: Mardi Gras will sail six- to eight-day voyages to the Bahamas and Caribbean out of Port Canaveral, Florida. Fares start at $539 per person, not including taxes and fees. Information: 800-764-7419 or carnival.com. Symphony of the Seas

Call it the grande dame of the megaship world. While more than two years have passed since Royal Caribbean unveiled this 228,081-ton giant of the seas, it’s still the undisputed size leader in the cruise world — and it will be for at least until 2022.

Details: Symphony of the Seas mostly sails seven-night voyages to the Caribbean out of PortMiami in Florida. Fares start at $741 per person, not including taxes and fees. Information: 866-562-7625 or royalcaribbean.com. At 169,116 tons, Norwegian Encore is not quite as super-sized as the three ships above. But it’s right up there among the biggest of the big of the new crop of giant floating mega-resorts, and it’s the biggest ship ever for Norwegian — a brand that has embraced the bigger-is-better worldview with gusto in recent years.

Details: Norwegian Encore spends its summers sailing to Alaska out of Seattle. For the rest of the year, it mostly sails to the Caribbean out of Miami. It also has some cruises out of New York on the schedule. Fares start at $639 per person, not including taxes and fees, for a seven-night cruise to the Caribbean. Information: 866-234-7350 or ncl.com. 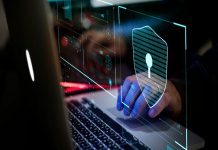 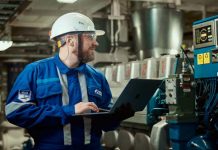 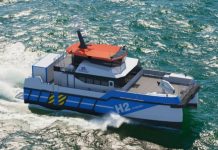