What is a fouling release system?

Fouling is the term generally used to describe the settlement and growth of marine plants and animals on submerged structures.  These structures typically include ships’ hulls, piers, piling and oil rigs. It also includes the internals of pipework used to carry water as a coolant for industrial power plants.

The Fouling release system is nothing but the underwater hull coatings.  Antifouling coatings are currently been used in the fleets, mitigating biofouling without relying on biocides.  They are smooth, low surface energy materials that minimize the adhesion strength of biofouling like barnacles.

A silicone coating keeps hulls free of marine growth while boosting the vessel’s performance and fuel economy.  The Advanced Duplex System is designed for vessels that require a 60-month antifouling system.  The system provides first-rate performance for the first 30 months, followed by 30 months of good performance using a self-polishing antifouling.

How does this work?

The unique surface and the properties used for the coatings make if difficult for biofouling to adhere too tightly.  The coating is designed such that while ships are at sea, the biofouling ‘sloughs off’ under hydrodynamic flow.  This ensures a clean and smooth hull during ship operations.

This duplex system was developed by the US Navy as an alternative to the toxic antifouling products that had been polluting the ports.  This was developed to predict performance penalties of U.S. Navy ships.

The primary purpose of a ship antifouling system is to limit the increase in drag that will be incurred with fouling settlement on the hull.  Ineffectiveness in this endeavor will lead to an increase in energy consumption and a platform that is unable to meet its mission.

Over the past three years, Duplex has already proved successful in the US market where it has been used on a wide variety of vessels ranging from bulk carriers to tugs and patrol boats.  The predicted legislation against toxic antifouling is consequently expected to increase its importance as an effective alternative hull treatment.  New licensing agreements now make it available throughout Europe where it is predicted to provide valuable savings for vessel operators. 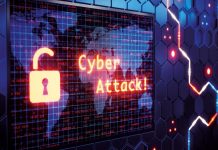 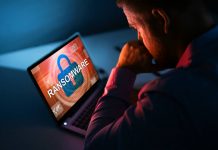 CMA CGM Sites Down With A Possible ‘Ransomware Attack’

Mfame Team - July 2, 2018
0
Workers at US Workboats successfully “flipped” the 48,000-pound hull of the M/V Ocracoke Express on Monday, June 18, moving construction of the NC Ferry...
Powered by Pojo Software Pvt.Ltd
This website uses cookies to improve your experience. We'll assume you're ok with this, but you can opt-out if you wish.Accept Read More
Privacy & Cookies Policy
Necessary Always Enabled