Mr Johnson suspended – or prorogued – Parliament for five weeks earlier this month, but judges said it was wrong to stop MPs carrying out duties in the run-up to Brexit on 31 October.

Supreme Court president Lady Hale said “the effect on the fundamentals of democracy was extreme.”

The PM said he “profoundly disagreed” with the ruling but would “respect” it.

Mr Johnson insisted he wanted to outline his government’s policies in a Queen’s Speech on 14 October, and to do that, Parliament must be prorogued and a new session started.

During a speech in New York, the PM said he “refused to be deterred“ from getting on with an “exciting and dynamic domestic agenda”, and to do that he would need a Queen’s Speech.

The court ruling does not prevent him from proroguing again in order to hold one, as long as it does not stop Parliament carrying out its duties “without reasonable justification.“ 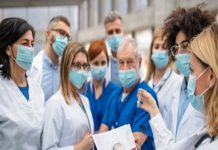 Mfame Team - August 25, 2016
0
On August 24, mobile Fire-Rescue personnel extracted a man from deep within the hold of a ship at the Alabama State Docks, where he...
Powered by Pojo Software Pvt.Ltd
This website uses cookies to improve your experience. We'll assume you're ok with this, but you can opt-out if you wish.Accept Read More
Privacy & Cookies Policy
Necessary Always Enabled