Not long ago, a member’s vessel was detained at the load port because the density of the solid bulk cargo being loaded exceeded the maximum allowable cargo density for that particular vessel. Recently, we were also approached by another member because the master of a capsize bulk carrier had refused the charterer’s request for alternative hold loading due to serious concerns about the ship’s safety.

The above instances appear to have come about due to a lack of knowledge of the CSR-BC Class Notations.

What are the CSR-BC Class Notations?

CSR-BC means the Common Structural Rules for Bulk Carriers which were adopted by the International Association of Classification Societies (IACS) in December 2005 and came into effect on 1 April 2006. CSR-BC Class notations are assigned to bulk carriers of 150 meters or above in length based on the service features of dry bulk cargo densities and cargo hold loading patterns. There are three primary class notations for CSR bulk carriers: BC-A, BC-B and BC-C. These are stated on a vessel’s class certificate and loading manual. What does each CSR-BC Class Notation mean?

Simply put, the CSR-BC Class Notations define both the range of cargo density and the loading conditions for bulk carriers, as illustrated in the table below.

Bulk carriers with a BC-A Class Notation are the most robust of the three. They are designed to carry solid bulk cargoes with a density of 1.0 t/m3 and above up to 3 t/m3 or maximum cargo density as long as it is less than 3 t/m3. The cargo holds that may be empty at maximum draughts are normally indicated in parenthesis suffixed to the class notation. Such vessels can be loaded in homogenous, alternative or block-loading conditions at a maximum draught. Sometimes compromises have to be made. For example, when carrying heavy cargo, alternative loading may be used to reduce the metacentric height so as to ease the ship’s rolling motion for structural safety and crew comfort during the voyage. Bulk carriers with BC-B Class Notation are less robust than BC-A ships. Although they are allowed to carry dry bulk cargo with similar density specifications, they can only be loaded in homogeneous conditions at a maximum draught. Both BC-A and BC-B vessels can carry cargo with a density of less than 1.0 t/m3.

Bulk carriers with BC-C Class Notation are the least robust of the three. The nominal cargo density carried by such vessels must be less than 1.0 t/m3. Like BC-B ships they can be fully loaded only in homogeneous conditions.

The Class Notations A, B and C must not be confused with Group A, B and C of cargo as defined in the International Maritime Solid Bulk Cargo (IMSBC) Code. The Class Notations are about the construction of the ship itself, while the IMSBC Code classification relates to the cargo characteristics. However, it is important to understand the full implications of both classifications as related to the operations of vessels, the primary purpose of which is to transport cargo.

CSR-BC Class Notations are assigned to bulk carriers under CSR-BC. Vessels with different Class Notations are designed and constructed differently so they must be operated in compliance with the applicable service features. If a vessel loads cargo with a higher density than the maximum allowable cargo density, it may cause structural failures to the vessel. Even when a vessel loads a cargo the nominal density of which is within the permissible limit, if the loading condition is not followed, structural failure is also likely to occur.

Ship operators and masters usually refer to the IMSBC Code together with the vessel’s Statement (Document) of Compliance for the Carriage of Cargo in Bulk and Loading Manual before accepting a consignment. Although there is nothing wrong with that, the first priority should be to check the vessel’s class status or limitations. Under the IMSBC Code, a solid bulk cargo with a stowage factor of 0.56m3/t or less is defined as High-density solid bulk cargo, while chapter XII of SOLAS puts it more explicitly as solid bulk cargos having a density of 1780 kg/m3 and above as evidenced by the equilateral triangular marks on the side shell at midships of certain bulk carriers. However, it should be noted that for individual vessels, the cargo does not have to be that heavy to cause structural failure.

Ship operators and masters may have experience with several types of bulk carriers. But new bulkers may be introduced into the fleet and masters may be sent on different types of bulk carriers. It should be noted that previous experience does not necessarily apply to “new” vessels. It is important to be familiar with the vessel’s structural limitations. Before accepting a consignment, it is always good practice to ask the question if the vessel is suitable for the carriage of the intended cargo with supporting cargo documents to show the stowage factor/cargo density and other physical properties. This can be easily done by checking the vessel’s class certificate which sets out the structural limitations.

When a ship is deployed to carry the cargo, proper planning of cargo operations is essential to ensure the safety of the vessel. The applicable service features stipulated by Class Notations must be complied with. For all bulk carriers, regardless of the robustness indicated by class notations, it is important to control the high-capacity loading of solid bulk cargoes, especially heavy cargo, through efficient communication between ship and terminal to prevent the vessel’s structure from being overstressed. 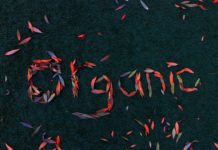 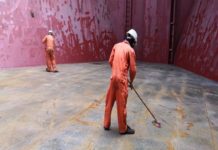 The Harmonized System (HS) Code Will Be Made Mandatory