Despite a week of Asian holidays, it was a surprising start to the week, with rates moving in some key areas, although some moves were attributed to draft issues and rising bunker values. On the West Australia/China run rates for Dampier cargoes dropped under $8.00 the week before, jumping to $8.50 by Monday and near the mid $9.00s mid-week, although drafts played a part. The bubble was brief, with rates finishing the week near the mid $8.00s. Timecharter rates saw a brief hiatus, with well-described ships fixed near the mid $20,000s daily for Australian rounds. Brazil trading mainly remained uneventful despite largely unfounded rumours of Vale fixing from four to a dozen ships for Tubarao/Qingdao runs and rates still struggling to hold around $21.00. Activity in the North Atlantic again was patchy, although an eco 180,000dwt delivery Gibraltar spot, apparently for a week, fixed a US East coast round at $19,000, with Gibraltar redelivery. Transatlantic trades were scarce and voyage business fixed showed low returns when calculated on timecharter basis.

Last week defied expectation, with a long holiday in China many expected a slow week with little excitement. Monday was slow with others also away, but as the week progressed, both activity and rates increased. South America continued to soak up the ballasters and ships open India and South-East Asia on the forward positions. A modern Kamsarmax fixed at $16,800 from Surabaya, whilst the North Atlantic saw continued robust enquiry with a well-described Imabari Kamsarmax fixed from the Continent at $17,000 for a round voyage. The Pacific was underpinned by consistent volume from Australia and Indonesia into India and a lack of the larger Post Panamax units. This resulted in a large Oshima Kamsarmax being fixed at $18,000 basis Taiwan. Charterers had been forced to take tonnage from more northerly positions, and this also increased the period interest aided by earlier firmer Cape rates and improved FFA prices.

Despite widespread holidays mainly affecting the Asian market, generally rates remained firm. Period activity was steady with a 61,400dwt fixing in the mid $15,000s for four to six months trading delivery Indian Ocean. The Atlantic saw increased demand from key areas, such as East coast South America where rates for Ultramaxes were trading at around $20,000 for trans-Atlantic trips. The East Mediterranean also remained firm for fronthaul, with rates hovering again in the low $20,000s, depending on the vessels specifications, basis delivery Canakkale. The US Gulf remained positional, brokers said. Demand was seen for Indonesian coal business with a 52,000dwt open Cigading booked at $12,000 for a trip to Bangladesh. Brokers said that the North Asian sector was slow with limited fresh enquiry. There was stronger activity from the Indian Ocean, with a 61,300dwt fixing delivery South Africa, redelivery Arabian Gulf-West coast India, in the mid $13,000s plus mid $300,000s ballast bonus.

Continuing the positive trend from September, the BHSI climbed throughout the week despite the holidays in Asia and Germany. The US Gulf market remained firm, with trans-Atlantic trips from the Gulf fixed largely on the bigger-sized handy vessels, and the gap between the 38,000dwt and 28,000dwt index vessels widened. From the US East coast, a 27,000dwt was booked to move wood pellets to Italy at $11,000 and a 28,000dwt did a similar run with grain at $12,000 mid-week. A 37,000dwt open Barranquilla fixed for a trip to Norway at $12,750. A 38,000dwt went from East coast South America to the Mediterranean at around $15,000. A 34,000dwt open Dakar was booked for a run via Takoradi to Riga at $12,000. From the Black Sea, a couple of fixtures were reportedly done around $14,000, with redelivery Continent or the Mediterranean. Little activity came to light from the Pacific this week. There was a talk of a 28,000dwt delivery Persian Gulf fixed on subjects for a trip to the Far East but no further details confirmed. 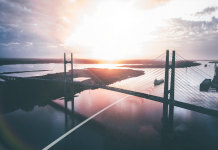 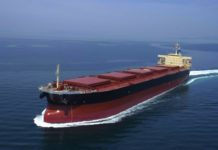 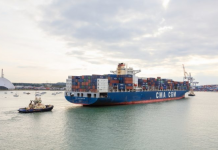 Mfame Team - November 29, 2018
0
THAILAND holidays are famous for blue skies and hot weather. But an amazing viral video has emerged showing the moment of a rare quadruple...
Powered by Pojo Software Pvt.Ltd
This website uses cookies to improve your experience. We'll assume you're ok with this, but you can opt-out if you wish.Accept Read More
Privacy & Cookies Policy
Necessary Always Enabled