A Loadstar news source by Mike Wackett states that cargo owners are frustrated as compensation dispute keeps Ever Given at anchor.

Owners and SCA closer to the agreement

And the owners and the SCA appear to be no nearer an agreement on the level of compensation for the blockage of the canal.

The SCA has reduced its claim from $916m to $550m, but firmly rejected an offer from the Japanese owner of the ship of $150m to free the vessel.

The two sides seem a long way away from resolving the issue.

Caught in the middle of the legal battle

And caught in the middle of this legal battle is the cargo, with an estimated value of some $1bn, the owners of which have no say.

Indeed, North European importers with containers onboard the Ever Given may have already decided to abandon the cargo, due to the time-sensitive nature of product, contracts of sale being frustrated and/or markets having been lost.

Greater losses can arise, if this saga continues

“The longer this saga continues, the greater will be the losses arising out of the incident,” he said.

“We urge all the parties to consider all the options available to deal with this issue, including the release of the vessel from arrest so it can continue with its voyage.”

He also recommended that cargo interests be “proactive and participate” in any action relating to the release of the ship.

Excessive speed is the cause of the accident

The SCA blames the accident on the ship’s “excessive speed” at the time of the grounding, while the vessel’s insurer, the UK’s P&I Club, maintains that navigation in the waterway was under the control of the SCA’s pilots and vessel traffic management.

The P&I Club said these controls included the speed of the transit and the availability of tugs.

The shipowner has declared General Average, meaning cargo owners must pay a percentage of the value of their consignment towards the salvage costs before the release of containers, but the process cannot be completed until the ship is able to discharge its boxes.

According to vesselsvalue, the 2018-built Ever Given is worth $183m, having increased its value by around $13m since it ran aground by keeping with spiralling asset values in the container sector.

Evergreen will be keen to get the ship back

It is not known whether its operator, Evergreen, which has leased the vessel on a long-term charter, is still paying daily hire, although one broker source said he thought the carrier would still be responsible for the charter, despite the ship being under arrest.

Moreover, with containership capacity in such short supply and demand remaining high, Evergreen will be keen to get the ship back into service as soon as possible. 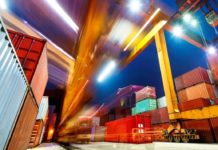 Why Is Inflation So High If The Supply Chain Crisis Is Finally Subsiding?