Nasdaq-listed Greek owner Castor Maritime has raised more funds to continue its rapid fleet expansion, which has seen the acquisition of twenty vessels this year, says an article published in Splash 247.

The Cyprus-based firm said it has closed and drawn down on a $40.75m senior term loan facility with a European bank, through four of its dry bulk vessels. It intends to use the proceeds for general corporate purposes, including supporting the company’s growth plans.

Castor Maritime has grown its fleet to 26 vessels, having started the year with just six Panamax bulkers. It now owns one Capesize, seven kamsarmaxes, ten panamaxes, and eight tankers.

“We believe that by increasing our low leverage position, we are improving our capital structure and enhancing our ability to fund our growth plans,” said Petros Panagiotidis, CEO of Castor.

The financing has been secured through the bulkers Magic Thunder, Magic Nebula, Magic Eclipse, and Magic Twilight.

The company has also raised $9.7m to date by selling around 3.56m shares under its common stock offering program, with no sales have taken place in July. 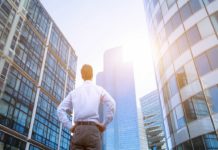