A news article published in the TT Club talks about Key IMO safety sub-committee on the button?

The remit of CCC within IMO’s structure is substantial. Its work necessarily correlates with other committees with responsibility for issues such as pollution, ship design or safety equipment, as well as training. As fuel transition climbs the maritime community agenda, it is unsurprising that issues of use and carriage of different fuels are being considered.

More pertinent potentially in the TT Club environment are items relating to bulk cargo in general (covered by the IMSBC Code), the carriage of grain in bulk, and packaged dangerous goods (the IMDG Code). Equally, there will be consideration of enclosed space risks (relating to ships, of course), loss of containers at sea and security issues. A flavour of what will be considered is made in this article.

TT, amongst others in the industry, has frequently agitated for greater focus and engagement by states in the IMO defined container inspection programme. While it was possible recently to celebrate the publication of revised Guidelines for the Implementation of the Inspection of Cargo Transport Units (CTUs), aimed at helping governments to implement a uniform and safe inspection programme, CCC is once again hamstrung. Only four governments submitted information about their inspections carried out during 2021, covering shy of 65,000 laden containers (from a pool in excess of 200 million). While the reported deficiencies showed that ‘placarding and marking’ (the external warnings) continued to dominate, other issues relating to the safe packing and securing of cargo remain. However, the critical issue remains that these findings statistically cannot support constructive discussion to improve safety – as has previously been recognised by the IMO.

The IMO Circular announcing the revised guidelines, seeks to broaden the inspections undertaken and align fully with safety guidance developed during the last decade including the CTU Code. However, without understanding the reasons that impede greater reporting, material information to enhance safety for both regulator and industry may continue to be sparse. Despite this, there are many initiatives underway – in a number of which TT participates – that continue to drive towards safety improvements.

Without understanding the reasons that impede greater reporting, material information to enhance safety for both regulator and industry may continue to be sparse

From a regulatory perspective, the issues relating to the safe preparation and packing of charcoal related products, and the correct declaration to provide effective warning of the potential hazards during transport and handling, remain hotly debated. There are numerous practical initiatives within the industry to assist, often in a collaborative fashion, in these processes, but the arresting reality is that fires within containers, whether on board or in terminal stacks, continue to proliferate.

Often the disturbing issue is that cargo interests declare the commodity being packed as something rather more innocuous (‘furniture’ is a description that is not unusual), while in other instances the assertion is made that one of the Special Provisions applies or even that another UN Number is applicable. For example, it is known that some producers of ‘CARBON, ACTIVATED’ (UN1362) will import the ‘raw’ material under that UN Number, knowing that in its unprocessed state it should be moved as ‘CARBON, animal or vegetable origin’ (UN1361). The risks are profoundly different.

The impact of ‘ambient’ temperature

Dangerous goods regulations require, in relation to certain classified commodities, that stabilization be applied. This issue was, of course, at the heart of the ‘MSC Flaminia’ incident and has resulted in successive amendments to the IMDG Code. The matter is again up for debate in this session. Aside from the technical operation of the regulations (including SADT1 and SAPT2), one of the key issues remaining – as was made apparent in the ‘MSC Flaminia’ judgment – is that communication between the supply chain participants needs to be effective and accurate if the best possible decisions are to be made, particularly relating to stowage by the ship.

Tangentially, this raises a number of underlying concerns. While aspects of the stabilization decision rest with the cargo interests being aware of the likely time and conditions through the anticipated journey (if that is possible), decisions will also be influenced by factors relating to ambient temperature at the point of loading, as much as production. Thus, storage and loading in Finland, for example, will be quite different from the scenario in the Middle East.

Furthermore, what in reality is ‘ambient’ for container movements? The closed metal box is quite effective at storing heat and it is widely assumed that whatever may be the local temperature may be rather more inside the unit. Clearly, both ashore and on board, it is possible to take steps to protect from direct sunlight (so long as the relevant information is available). However, it has been asserted that temperatures within the ship hold may result in container temperatures approaching double of the external ambient, despite forced air circulation and monitoring. Thus, while information flows are clearly critical, it may be that more detailed, practical analysis is required.

While information flows are clearly critical, it may be that more detailed, practical analysis is required

Consideration of ambient leads neatly to this rather vexing commodity. The pertinent discussions at the UN and IMO concerning Li-ion batteries and other energy storage devices started some two decades ago. Since that time many million have been produced and they are now integral to modern living – with the drive for ‘green’ energy this growth will continue exponentially. Further, the demand for domestic and business storage devices will increase with greater use of solar panels.

One of the peculiar facets of dangerous goods regulation is that collective knowledge may only develop gradually, leading to amendments and improvements in mitigation for the identified hazards. While two decades ago the provisions were framed around ‘button’ Li-ion cells, the world is now faced with battery packs the size of 40’ containers (and probably beyond) with storage and output capabilities beyond the original imagination, plus chemistries that have changed significantly.

The submission to CCC of immediate concern relates to EVs – where there’s been considerable activity already this year – but this is really only the tip of the iceberg. There needs to be robust cross-industry research and debate on all the issues in order for a general understanding to be achieved, possibly leading to industry codes of practice; only then can regulations be formulated that engender the necessary safety of all new, recycled, damaged etc Li-ion batteries. Following that, all aspects of type approval testing and quality control, together with information flows and the like, will be required to ensure that catastrophic incidents can most likely be avoided. 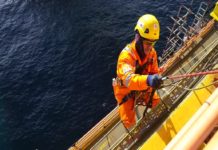 How To Make Vessel Boardings Safe 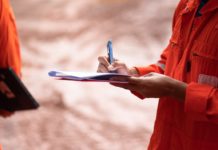 Safety In Maintaining Or Replacing The Belts And Braces