Operations at Israel’s port of Haifa

Earlier this month, operations at Israel’s port of Haifa, one of the largest maritime transport hubs in Mediterranean, were handed over to China’s state-run Shanghai International Port Group to run for the next 25 years.

Another gigantic Chinese shipping company, COSCO Shipping, is poised to expand its footprint in Europe by taking a stake in the port of Hamburg. Negotiations have been reportedly going well, and a deal is expected soon.

If COSCO succeeds, it would be the company’s eighth port investment in Europe.

Acquisition of Greece’s Port of Piraeus

The state-owned company’s previous investment involves the acquisition of Greece’s Port of Piraeus, one of the world’s most important shipping centers located at the crossroads of Europe, Asia, and Africa. COSCO bought 51% of the port’s operating company in 2016. After a Greek court gave the go-ahead last month, COSCO now can raise its stake in Piraeus to 67%.

The Chinese government does not have an official platform summarizing the overall data for China’s overseas port projects, but publicly available information shows that Beijing now has a foothold in at least 100 ports in 63 countries.

According to data published on the COSCO official website, as of June this year, the group has operated and managed 357 terminals in 36 ports around the world. Its port portfolio has stretched from Southeast Asia to the Middle East, Europe and the Mediterranean.

In addition, China Merchants Group, another major port developer and operator in China, says on its website that the company completed equity acquisition of eight high-quality ports in Europe, the Middle East and the Caribbean last year alone, expanding the group’s global port layout to 27 countries, 68 ports.

An opinion by the Daily Mail

In a recent opinion piece published by the Daily Mail, former British Defense and International Trade Secretary Dr Liam Fox and former U.S. National Security Adviser Robert McFarlane noted that China now owns 96 ports around the world. Some of these are at key locations for maritime trade, giving Beijing strategic dominance without having to deploy a single soldier, ship or weapon.

In 2013, China for the first time surpassed the United States to become the world’s largest trading nation. That same year, Chinese president Xi Jinping proposed a strategic framework of what has been dubbed the 21st Century Maritime Silk Road (MSR) – the sea route part of the broader Belt and Road Initiative (BRI).

The specific trade route of MSR connects China to Southeast Asia, Africa, and even Europe by sea. Chinese companies are now owners of all of the major ports along the route.

Dr. Sam Beatson of Nottingham University Business School says it makes sense for China to be engaging in these deals given the volume of containers China continues to deliver at accelerating rates of growth.

China’s ports, shipping and maritime trade industry is strategic in part because of its massive size and global role, not only the huge numbers it employs and its role as a national industry that has championed the growth of many of China’s largest coastal cities.

The most Mahanian country

Over a century ago Captain Alfred Thayer Mahan, one of the most influential American writers of his day, designated seaports as one of three pillars of sea power. His writing argued that Britain’s control of the seas was critical for its emergence as a dominant global power. The view heavily influenced American policymakers.

Since the Cold War, China has bought into the Mahanian construct wholesale.

Iis safe to say he’s more popular in China today than anywhere else in the world.

Reports by official Chinese media in recent years show that since 2013, Chinese president Xi Jinping has visited a port almost every year, including the visit to the port of Piraeus in 2019, where China’s MSR and BRI connect and a project that Xi personally pushed for with Greek leaders multiple times, according to China’s official Xinhua News Agency.

China experts believe that establishing ports in geo-strategically important countries, including those that are located near maritime chokepoints, are central to Beijing’s global strategy.

These port linkages allow Beijing to exert political influence not only in the country hosting the port, but in many cases the surrounding countries as well.

Holmes, a former U.S. Navy officer, noted prosperity is the top priority for any government. And Beijing’s port investments mean it can hold a large portion of a country’s prosperity hostage, compelling its leadership to take political stances agreeable to the Chinese Communist Party.

So, seaports are a critical enabler for China’s bid for commercial, diplomatic, and military influence.

Beatson, of Nottingham University who lectures in the department of risk, finance and banking, pointed out that among all the deals, neither governments nor companies within countries seem to want to block control of their ports by companies from China – I highlighted this in 2017 I think when pointing out the role of China Merchant Group in ownership of Houston and Miami ports through the joint venture with France’s Terminal Links.

Beijing either controls or has major investments in all 15 of the world’s top 15 ports ranked by container volume.

As commercial ports could be used for military purposes, analysts have long been concerned about the security implications of ports controlled by Beijing.

China’s first overseas military base was established at the port of Djibouti situated at the entrance to the Red Sea and the Suez Canal.

China’s militarization of its port project in Djibouti serves as a warning vis-à-vis Beijing’s port interests in other countries, such as Tanzania, the United Arab Emirates, Pakistan, and Burma, among others.

Issues between US and Israel

One of the thorniest issues between the U.S. and Israel in recent years has been the Chinese takeover of Haifa Port, place where the Sixth Fleet of the US Navy docks. Washington feared that the port would provide an opportunity for Chinese surveillance.

Dr. Eyal Pinko, a former Israeli intelligence officer pointed out that the port can easily be used to collect naval intelligence.

You can track the whereabouts of ships and communications. Once you own and operate the port site, these are very easy to do. You can do whatever you want. You are the landlord there. 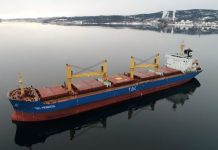 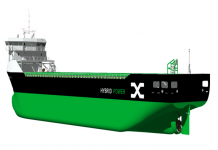 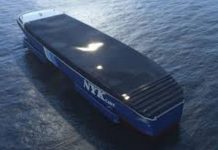 NYK Agrees To Invest In AIC 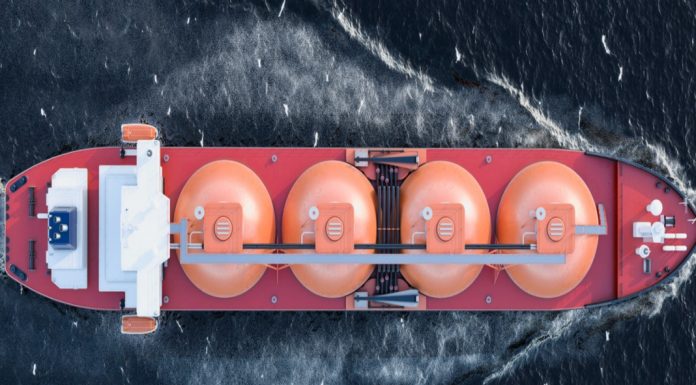