“There’s a saying that everything that moves out of China in containers has to come into China as raw materials,” noted Oeyvind Lindeman, chief commercial officer of Navigator Gas (NYSE: NVGS), on his company’s latest conference call.

Ominously, signs of China’s weakening economy are showing up across all shipping sectors at once.

The glass-half-empty view is that pullbacks in shipping demand are bellwethers of more severe economic problems to come. The glass-half-full view is that declines are temporary. A rebound of Chinese demand for iron ore, oil and gas will eventually boost commodity shipping rates.

Sales of containerized goods to the U.S. and Europe supported the Chinese economy throughout the pandemic era. Markets were rattled Wednesday when China’s official monthly export stats came in much lighter than expected.

Outbound volumes are being squeezed from both sides. Demand for Chinese goods is falling at the same time COVID-19 lockdowns and weather issues are constraining Chinese manufacturing and logistics.

The government has extended lockdowns in Chengdu and announced new nationwide precautions through the end of October. Analysts do not foresee any relaxation of China’s zero-COVID policy this year.

China is the world’s largest producer of steel. Its steel production in January-July was down 6.1% y/y. Production in July fell 10% versus June.

“The decline in Chinese steel production has predominantly come from the ailing property sector and the stop-start industrial activity due to COVID-19 lockdowns,” wrote Mark Nugent, dry bulk analyst at shipbroker Braemar, in a research note on Thursday.

Brokerage EastGate Shipping said that the heatwave and power shortages forced 20 steel mills to go offline for around a week in mid-August.

Steel production drives Chinese demand for iron ore imports, largely from Australia and Brazil. These are the most important cargoes for Capesizes, larger bulkers with capacity of around 180,000 deadweight tons. Average Capesize spot rates collapsed from $38,200 in late May to just $5,600 per day on Friday, according to data from Clarksons Securities.

Brokerage BRS blamed the plunge on diversions of Australian iron ore from China to Southeast Asia, and more damaging to rates, a sharp decline in Chinese imports of long-haul Brazilian iron ore in August.

“Scorching temperatures and a relentless zero-COVID policy seriously crippled steel demand in China,” said BRS. It does not expect a full recovery of Chinese steel production until next spring, “casting doubts on a radical rebound in seaborne iron ore demand.”

China is by far the world’s largest importer of oil. Chinese imports are the most important driver for spot rates of larger 2-million-barrel-capacity tankers known as very large crude carriers.

The International Energy Agency said in its latest outlook that China’s lockdowns “set back our projected demand recovery by two months.”

BRS noted that China has 920,000 b/d in new refinery capacity scheduled to come online by the end of the year. Normally, that would increase crude import demand. However, China’s refining capacity is already higher than domestic consumption and the government has not been pushing exports.

“Considering our relatively pessimistic short-term outlook for China, [with] COVID and lockdowns to remain a going concern until at least the beginning of next year, we expect little upside in Chinese runs as Beijing appears unwilling to permit its refiners to focus on export markets,” said BRS.

China also is one of the world’s largest importers of liquefied petroleum gas (LNG): propane and butane.

Beyond its use for energy, China imports propane as feedstock for propane dehydrogenation (PDH) plants for the creation of propylene. The propylene is used to produce polypropylene, which is in turn used to manufacture plastic.

According to Lindeman of Navigator Gas, “All eyes are on China and when they are getting out of their malaise.”

In the liquefied natural gas (LNG) sector, Europe is now buying a much higher share of U.S. exports than usual due to fallout from the Ukraine-Russia war.

Oystein Kalleklev, CEO of Flex LNG (NYSE: FLNG), said on his company’s latest call: “In a sense, you could say that Europe has been very lucky, because the cooldown in the Chinese economy driven by COVID lockdowns has resulted in lower demand from China.

“Chinese imports this year are down by more than 20% [or] 9 million tons. And European buyers have been able to get access to these cargoes, which would have been a lot more difficult if the Chinese economy was running at normal capacity.”

Kalleklev believes China will come back to the LNG import market, in a big way, pointing to commitments for new volumes that have yet to come onstream.

“Even though China has a reduction in LNG imports this year, they are signing for almost half of these new volumes, because the LNG story in China is in its early phases,” Kalleklev said. “This year, actually, Japan will probably import more LNG than China. And there are more than 10 times as many people in China. So, China will continue to grow once they get control of COVID and reflate their economy.” 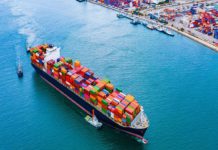