The U.S. has started requiring all travelers from China to test negative for COVID, even though many experts think it won’t help much, reported by NPR.

The new restriction is part of U.S. efforts to protect this nation against the explosion of infections triggered by China’s decision to end its zero-COVID strategy. NPR health correspondent Rob Stein joins me. Hey, Rob.”

Kelly: “Start by explaining the policy that went into effect today. How does it work?”

Stein: “As of 12:01 a.m. Eastern Time today, all travelers ages two and older entering the U.S. from China, Hong Kong or Macao had to start showing proof that they tested negative for COVID-19 within two days of departure, or that they had recovered from an infection within the last 90 days.

And as you said, this is aimed at trying to guard the U.S. against what appears to be the world’s biggest COVID outbreak since the pandemic began. I talked about this with Dr. Ashish Jha, the White House coronavirus response coordinator.”

Ashish Jha: “We’re seeing an unprecedented outbreak in China and obviously a lot of concern for the people of China, for the Chinese people and their health. The issue that concerns us on top of that is a lack of transparency.”

Stein: “China is reporting very little information about how many people are getting infected, hospitalized and dying, and Jha says, perhaps more importantly, far too little genetic sequencing of the virus that would spot any new variants that might emerge.

So the testing requirement is aimed at trying to minimize the threat the massive Chinese outbreak poses to the U.S.”

Kelly: “So I suppose the question is, will it work? How effective will these new travel restrictions be?”

Stein: “Right. Right. Well, you know, it might prevent some infected people from getting on planes and bringing the virus to the U.S.

First of all, you know, a Chinese businessman or tourist testing negative in Beijing two days before flying to, say, New York, offers little guarantee that there’s still a negative when they actually get on the plane.

You know, ditto for showing proof that they recovered from an infection. Here’s Michael Osterholm from the University of Minnesota.”

Michael Osterholm: “Testing airline passengers is more political than really of great public health value. We just have to acknowledge the reality.

This is going to spread around the world. It’s like trying to control the wind. You can’t. You can deflect it, but you can’t stop it.”

Stein: “Some experts say other measures might be more effective, like same-day rapid testing or testing and quarantining people when they arrive.

But the reality is the virus is still spreading so widely in this country and others that even if additional testing does catch some infected travelers, it would just be a drop in the bucket in stemming the continued onslaught of COVID.”

Kelly: “What about the big fear, Rob, that this huge outbreak in China could, because it’s spreading so fast, spawn a new, even more dangerous variant?”

Stein: “Yeah. Yeah. You know, the more the virus spreads, the greater the chances that a nasty new variant could evolve.

And with a population of more than 1.4 billion people, China is giving the virus lots of chances to hit that jackpot.

So the Biden administration has also expanded genetic sequencing of viruses from arriving passengers at two additional U.S. airports. And Dr. Jha says it’s the combination of measures that will help protect us.”

Jha: “If all we were doing was requiring a negative test, that would be inadequate. It is one part of a suite of activities. It will help.”

Stein: “But some say it would make more sense to genetically analyze wastewater from planes rather than random individuals.

And, you know, there’s a lot of variants already spreading in this country. So the chances of a variant coming in from China are pretty minimal.” 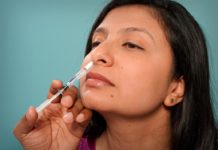 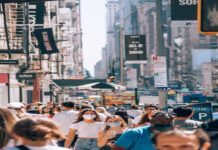