The new global corporate tax rate agreed upon by the G7 nations on risks undermining the cornerstone of how shipping companies are taxed today, through tonnage taxation.

The new global minimum tax rate, which is slowly coming together, is on collision course with the tonnage tax schemes, which most shipping companies are subject to today, says shipping lawyer and partner of London-based law firm Watson Farley, Richard Stephens.

In a formal submission to the Organization for Economic Co-operation and Development (OECD), which has been pondering the notion of a global minimum tax rate for years, shipping organizations warned against imposing such rules on the shipping industry in December of 2020.

Aside from a common tax rate, which the G7 nations fixed to 15 percent this weekend, shipping organizations also warned against another element of the new global tax regime, which held that income is taxable in in the country where it was earned.

“First, application to shipping, as the OECD has stated (…), would be inconsistent with the longstanding international consensus that the profits of enterprises operating ships (…) in international traffic should be taxable only in the jurisdiction in which the enterprise has its residence.”

“Second, application to shipping would be inconsistent with, and undermine the purpose of, the enactment by many OECD and other countries, for nontax policy reasons, of OECD and EU approved specific shipping tax regimes intended to bolster the countries’ maritime sectors,” as the official submission reads, written by the International Chamber of Shipping (ICS) and the European Community Shipowners’ Associations (ECSA), among others.

The seven major industry nations, the US, Germany, Japan, France, the UK, Canada and Italy, concluded the deal this weekend, with an aim to stop what their ministers of finance call “a race to the bottom”, which includes a risk of nations undercutting one another with low corporation tax schemes to entice major corporations.

“I am delighted to report that G-7 finance ministers today, after years of discussions, have reached a historic agreement to reform the global tax system, to make it fit for the global digital age,” said UK Finance Minister Rishi Sunak.

Most European nations have introduced tonnage tax, which needs approval by the European Commission before being introduced in individual nations. 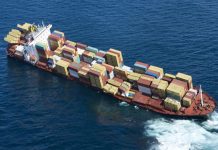 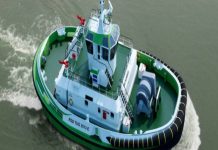 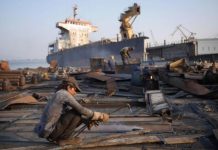 Ship Scrap Prices Rises to $500/ton During the Pandemic