Some scientists are recommending drastic actions in response to the climate emergency. Others believe that altering nature will cost too much, regardless of whether you call it geoengineering or biomimicry, as reported by The Guardian.

Like the apocryphal frog that doesn’t notice the rising water temperature until it’s boiled alive, we as a global society are still struggling to recognise that anthropic global warming is hastening us towards irreversible environmental and ecological catastrophe.

While there is consensus among climate scientists about the urgency of the situation, and widespread political acknowledgement that the use of carbon fuels must be reduced, targets have not been met and as the UK’s Cop26 president, Alok Sharma, said, the lack of progress at this month’s Cop27 demonstrates the 1.5C limit is on “life support” and there is growing evidence that we are further along the road to a tipping point than previously thought.

There have been a number of plans suggested, some more outlandish than others.

They range from building giant mirrors in space to reflect away sunlight to painting the roofs of buildings white to help counteract heatwaves in cities.

Two suggestions for geoengineering the poles’ climate have drawn serious attention and have been the subject of theoretical modelling.

The most popular and perhaps advanced of these is what is known as a stratospheric aerosol injection, in which sulphur dioxide would be released into the stratosphere to gather around the poles.

There are many critics of the proposal, who point out that sulphur dioxide, which is associated with acid rain, asthma and chronic bronchitis, is itself environmentally damaging and there is no guarantee that its effects would be limited to the poles or, indeed, what its long-term effects might be.

The effects will vary depending on how much aerosol injection is done, where, when and what material is used.

And then we need to translate effects (such as changes in temperature, precipitation, etc) into impacts (such as food and water security).

And then all of that needs to be compared to what would happen under climate change without stratospheric aerosol injection.

Aside from the inherent uncertainty in the proposal, there is also concern about the politics of geoengineering, particularly in relation to indigenous people in the Arctic region, with one group of scientists arguing that “solar geoengineering at a planetary scale is not governable in a globally inclusive and just manner within the current international political system”.

The cost was estimated to be $11bn a year – no small sum, but a tiny fraction of the costs of dealing with the damage done by climate change.

Such a massive air mobilisation would in turn release millions of tonnes of carbon dioxide into the atmosphere, but it would also lead, say the models, to a 2C drop in temperature in the polar regions. Does Smith acknowledge that it’s a temporary measure that treats the symptoms rather than the underlying disease? “It’s aspirin, not penicillin,” he’s said. “It’s not a substitute for decarbonisation.”

In theory, the sulphur dioxide particles would settle over the poles, but in practice, no one can be sure. It’s one of the reasons that cloud brightening has been suggested as a less risky and more viable option.

Sir David King is the founder of the Centre for Climate Repair at Cambridge (CCRC). A multidisciplinary team has three main objectives: to reduce CO2 emissions, remove excess greenhouse gases from the atmosphere and refreeze damaged parts of the climate system.

The CCRC is backing research into cloud brightening, which King insists is not geoengineering. “We reserve the phrase geoengineering for putting sulphates into the stratosphere,” he explains. While he is in favour of small-scale experiments with sulphates, he believes there should be a moratorium on the “at scale” use of them in the stratosphere. Marine cloud brightening, by contrast, he says is not geoengineering but “biomimicry”, a means of imitating a natural process on a huge scale. The science is straightforward in theory.

Clouds formed over oceans tend to build around salt crystals left after droplets of sea spray evaporate. Salt crystals vary in size and if they are at the smaller end of the spectrum, then clouds are formed of lots of small droplets. Clouds made from smaller droplets appear whiter than those composed of larger droplets and as a result reflect more sunlight, even if they carry the same amount of water. The idea is to whiten clouds by creating sea spray with a flotilla of boats armed with pumps and nozzles.

“Once it’s all been proved operative and functional and there are no deleterious effects,” says King, “we would need to have 500 to 1,000 ocean-going vessels placed around the Arctic Ocean.”

So the melting ice of the West Antarctic ice sheet, which is looking pretty dangerous, is happening because of warm seawater coming between the land the ice is sitting on and the ice.

To make the necessary tests and experiments, get agreements from native peoples, which is part of the CCRC’s plan, then design, build or fit out the vessels and implement the process seems like a monumental undertaking.

He expects three to four years of experimentation, possibly with a vessel at sea, but it could also take place on land in Orkney.

Given that it seems to take about seven years to get planning permission for a loft conversion, this seems to me like an astonishingly optimistic timescale.

Once we’ve got a few vessels built, it will all get a lot cheaper.”

Without intervention, the melting of Greenland’s ice cap is irreversible, he says, which would eventually lead to an average global sea level rise of “seven metres”.

The CCRC is talking to a number of governments, most prominently the Netherlands, which, given its reclaimed land and low-lying territory, is particularly concerned about managing rising sea levels.

Climate repair is not a one-method process.

It will require innovation as well as abstinence. 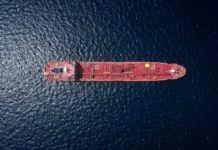 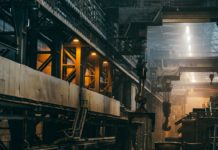